Veteran flanker says backs coach Rob Howley was 'set in his ways' and Owen Farrell and Johnny Sexton had to give backs direction.

Ireland flanker Sean O'Brien has criticised the British & Irish Lions coaches, saying the 2017 squad should have won the drawn series with New Zealand.

O'Brien, who played in all three Test matches this summer, told the Off The Ball podcast that the Lions coaches, led by Wales coach Warren Gatland, over-trained them and, given the players at his disposal, Gatland should have led them to a series win.

"I think there's a lot of learnings to take from the tour in terms of the coaching set-up as well and from a player's point of view in terms how we dealt with things.

"Not to be negative about it, it was a great tour but with the squad we had, we probably should have beat them."

O'Brien was critical of the build-up to the first Test match in Auckland, where the Lions lost 30-15, particularly a triple-session 48 hours before kick-off that left the squad "heavy-legged".

He said: "I think the first week we definitely over-trained on the Thursday - maybe the coaches were maybe panicking a little bit about getting the information into us and the workload. 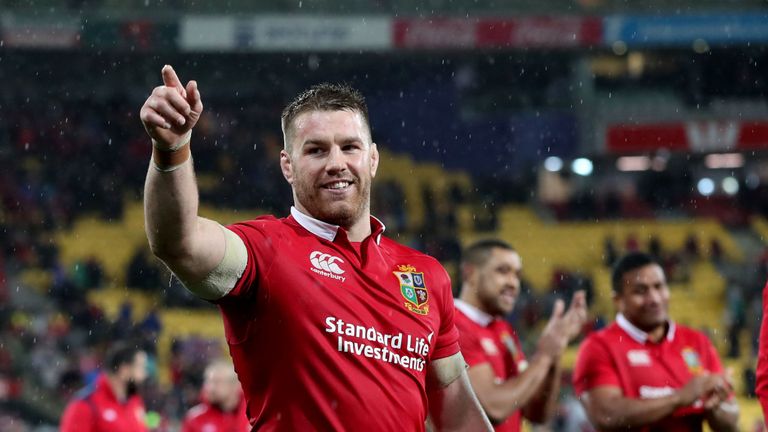 Not to be negative about it, it was a great tour but with the squad we had, we probably should have beat them.

"I think we did nearly a similar thing on the last week. Maybe it's more of a coaching point of view in terms of taking lessons. Maybe less is more sometimes on a tour like that.

"We did a triple day on the Thursday before the first test."

Speaking at a sponsorship event for his provincial side Leinster, O'Brien told the Irish Examiner how backs coach Rob Howley struggled to coach the best of Great Britain and Ireland to take on the best team in the world.

And he added that for the second Test, which the Lions won 24-21 to level the series, the direction for the backs came from influential playmakers Owen Farrell and Johnny Sexton, rather than Howley.

"If I was being critical of any coach it would be the fact that I think Rob struggled with the group in terms of his attributes of trying to get stuff across," he said.

"Whereas Johnny and Owen drove everything the second week, for instance, in our attack and had a better plan in place.

"So I don't know if it was people were not buying into what (Howley) was about or whatever else. That's the hard thing about a Lions tour as well, getting everyone to listen to a coach that was probably set in his ways."