The Sale No 9 picked up man-of-the-match honours as the Springboks battled back from 24-3 down to claim their first victory under new head coach Rassie Erasmus.

De Klerk's running game was a constant thorn in England's side and Youngs says England must do a much better job of defending him in Saturday's second Test in Bloemfontein if they are to get back into the series.

"Faf is a livewire. A lot of us know him from the Premiership and have played against him," Youngs said.

"He's a lively, lively player. He challenges around the ruck, has good distribution and can chuck it long. 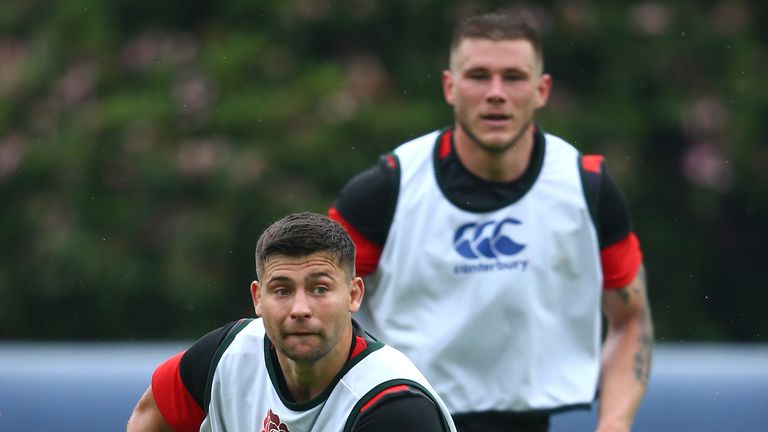 "It was frustrating that we gave him room and allowed him to basically do whatever he wanted to do on the front foot."

"It was frustrating that we gave him room and allowed him to basically do whatever he wanted to do on the front foot.

"For Saturday there's a big emphasis on getting set early and making sure we've got the right spacing. On the back of that hopefully we can then cut down Faf's time and space.

"He'd still be a good operator and still be able to cause us trouble, but we'll give ourselves a damn better chance than what we were doing at Ellis Park.

"We can't defend like we did in the first Test. We were leaving doglegs, we weren't getting set early enough, our spacing on the ruck was really poor and if you give him that he is going to cause you trouble and he did.

"If you invite guys like that to run at you it is exactly what they want, and he showed if you do that he will pull you about. We were way too passive.

"We let him do what he wanted to do. He got the ball, got time and space and manipulated the edges brilliantly for them. We didn't intend to defend like that.

"Everything we have trained this week is to get back to the way England defend. That wasn't it for large periods of the game at the weekend."

Eddie Jones will restore Joe Launchbury to the starting line-up when he names his team for the second Test after the Wasps captain recovered from the calf injury that meant his first training session since arriving in South Africa took place on Wednesday morning.

Launchbury will partner Maro Itoje in the second row when the side is announced at Thursday lunchtime, displacing Nick Isiekwe who was hauled off after just 37 minutes at Ellis Park.