England's leading clubs have been warned by the Rugby Football Union that the increasing rise in players' salaries is no longer sustainable.

Last season saw the salary cap increased by £500,000 to a base level of £7m for three successive seasons, while clubs could acquire two so called marquee players, whose salaries are not part of the cap.

RFU chief executive Steve Brown believes players must be realistic about the means by which they are paid in the ongoing tough financial climate. 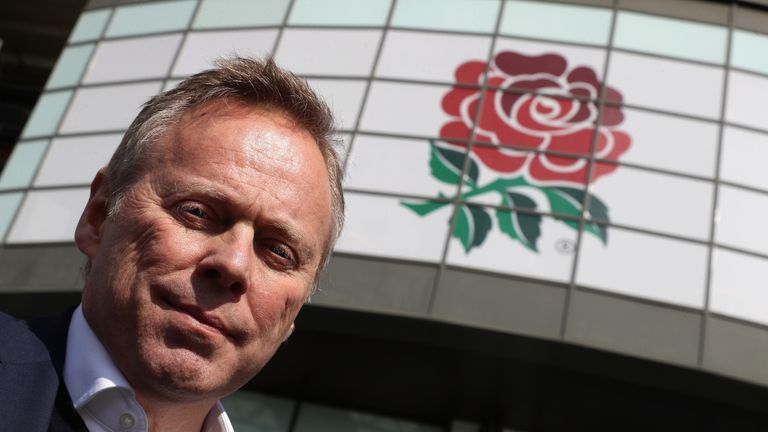 Certainly in England and France, the salary inflation has gone beyond the affordability of some clubs and some nations as well.

"I think they have to be. England can afford the England player salaries, but lots of countries can't afford to keep their players within the country," Brown said.

"Our wage caps are really important. There is not enough money in the system... unless we see something radical commercially.

"Certainly in England and France, the salary inflation has gone beyond the affordability of some clubs and some nations as well.

"That is a challenge that we have in the game as a whole. In England it is high, but reasonably well contained."

The RFU has told Eddie Jones that England are expected to reverse their recent slump by delivering a successful autumn campaign.

Brown has also spoken about how England's clubs could be set to suffer a decline in revenue from their financial deal with the RFU if Twickenham's forecast of a possible downturn in profit proves accurate.

He revealed the Professional Game Agreement (PGA) that underpins England's access to players from the Gallagher Premiership promises a fixed payment of £112million for the first four years only.

For 2020-24 of the eight-year deal, the amount received by clubs is linked to financial performance at the RFU, with Brown overseeing a redundancy process that is expected to see 62 people lose their job by the end of August to help offset rising fixed costs against an outlook of plateauing or reduced profit.

"The good thing about the PGA which we put in as a safety net was that the income part of it becomes flexible after the first four years, move with our finances," Brown said.

"If our income goes down, so does the agreement payment. So the PGA doesn't cause us a problem forever, it's just within the next two years.

"The clubs are already aware of this. That has always been the case. I guess from the clubs' point of view they have looked at securing their revenues for four years. They are fully informed."