Matt Toomua says the return of veteran Adam Ashley-Cooper to the Australia squad will push the backs to lift their game.

Over two years since his last Test, 34-year-old Ashley-Cooper was a surprise call-up to Michael Cheika's squad for the season-ending tour of Europe and has joined the Wallabies at their training camp in Japan.

"I saw Swoopy [(Ashley-Cooper] here, I thought he was lost. I was wondering what was going on," Toomua said.

"I thought it was a bit like what we did with Drew [Mitchell] earlier in the year, be a Wallaby for a day.

"But that's great, he is in great nick as well. It's good for us. We need some competition in those back spots and it will push guys to play better, to have a guy like Adam back in the squad."

One of the Wallabies' top performers during their run to the 2015 World Cup final in England, Ashley-Cooper has made no secret of his goal to win a berth in Cheika's squad for the global showpiece in Japan next year.

Former Wallabies centre turned television pundit Tim Horan said his influence on the squad would be invaluable, even if he never played a minute of the upcoming Tests against Wales, Italy and England.

"I just think the team just probably needs that bit more leadership and experience around them, even if he doesn't play a Test match while he's away," said Horan.

"The questions going into next year will be, 'Is he fit enough? Is he playing at a level next year to be in a World Cup squad?'

"I wouldn't worry too much about that now.

"The big area now is leadership and experience and driving a bit more of the culture within the team." 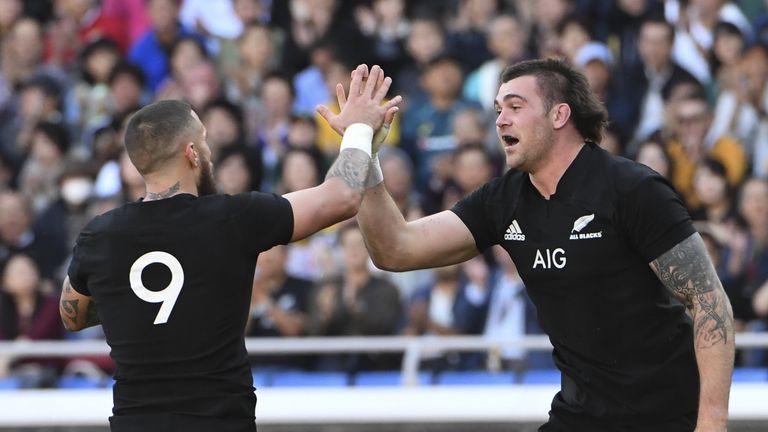 They have slumped to seventh in the world rankings in a largely miserable season, putting pressure on Cheika to deliver wins on the November tour.

Horan said the time for experimentation was over and Cheika needed to stick with the players in his squad through to Japan in 2019.

"That's your squad - you just need the squad to believe in each other and work on their skills," he added.