Premiership Rugby chief executive Darren Childs: "We are all working to try and hopefully be the first sport back on television, whether that is in a closed stadium or an open stadium"

Scheduling midweek matches, playing games behind closed doors and staging multiple matches at single venues are among options under consideration in a bid to conclude this season's Gallagher Premiership.

The Rugby Football Union announced on Friday the end of the 2019/20 campaign for all league, cup and county rugby in England, except for the flagship domestic competition which is on hold until at least April 24 due to the coronavirus pandemic.

Several Premiership clubs, including Saracens and Wasps, have all confirmed player pay-cuts with nine rounds of the regular season remaining, plus play-off semi-finals and a Twickenham final.

Premiership Rugby chief executive Darren Childs accepts that summer rugby is "inevitable" if the competition is to have any chance of a successful conclusion and concedes "all options are on the table".

"Our number one priority is to find a way to play, and that is what we are all working on behind the scenes," Childs said.

"We want to get this season finished, and if that means playing over the summer, then we will do that, as long as it is safe to do so. We won't take any risks about anyone's health and welfare.

"Rugby does make an impact on medical staff and hospitals because of the nature of it, and that is an absolute priority for us to make sure we are not taking any of those resources away.

"Our aim is really clear. We are all working to try and hopefully be the first sport back on television, whether that is in a closed stadium or an open stadium.

"It is inevitable that if we can restart, we are going to be playing through the summer.

"There is no plan at the current moment to delay the start of the 2020-21 season. These things might come close to each other this year, but I think it is a unique year and that maybe one of the scenarios we have to run."

The start of next season is scheduled to begin in just six months and Childs admits player-welfare will be central to their decision making.

"The players have been given three weeks so they can rest up and spend time with their families," he added.

"The current hope, if we can, is to get them back into training and match-fit for that weekend, but we will probably make a decision in the next week to 10 days on the suitability of being able to do it.

"Things seem to be changing on a daily basis, so I am very much out of the prediction business.

"Our preference is to have play-offs and the final and play the season out. We are looking at a whole bunch of different scenarios.

"The decision on which way we go will depend purely on when it is safe to play rugby again.

"All options are on the table right now, but our absolute preference and the one we are working towards is playing the season out as much as we can over those summer months. 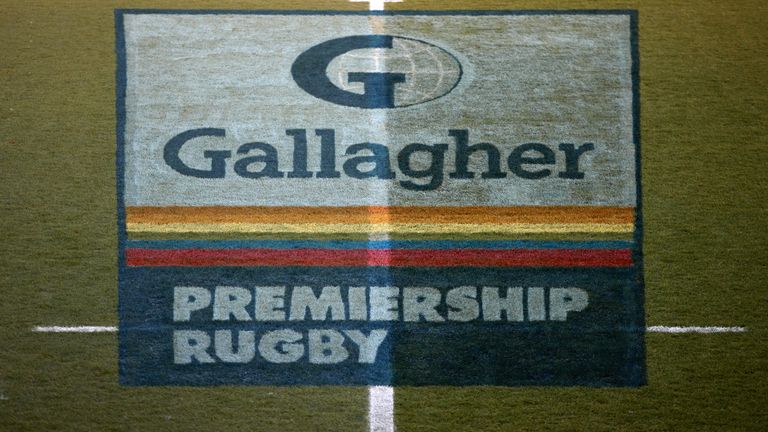 "There is no reason why we couldn't play four games over a weekend in a single stadium."

'Saracens will be in Championship next term; RFU decision on Newcastle promotion imminent'

Childs, meanwhile, confirmed there would be no change to relegated Saracens' fate - whatever the final decision on the current campaign.

Last year's Premiership title and Champions Cup winners will play in the second-tier Championship next term as part of their punishment for multiple salary cap breaches.

Newcastle were 18 points clear at the top of the Championship when the RFU announced on Friday all competitions, aside from the Premiership, would be abandoned.

On Saracens, Childs said: "There is no change. That is done, closed and sealed.

"We know who is at the top of the Championship, and we are hoping that is a pretty straightforward decision.

"It is an RFU decision, and I think they are getting reasonably close to making that decision."