Siya Kolisi: "I don't really want to get into it to be honest. I don't want to get involved in that, I just didn't feel I was given the same access to the referee." Watch second South Africa vs British & Irish Lions Test live on Sky Sports Lions from 3pm on Saturday (kick-off 5pm)

The Springboks have further inflamed tensions ahead of the second British and Irish Lions Test by doubling down on Rassie Erasmus' social media rant.

And assistant coach Mzwandile Stick has accused the Lions of "destroying the dignity of the series" by starting the war of words that led to Boks boss Erasmus' 62-minute monologue criticising referee Berry.

New Zealander Ben O'Keeffe will referee Saturday's second Test under mounting pressure given the off-field criticism, with South Africa opting only to increase still further the scrutiny on the officials. 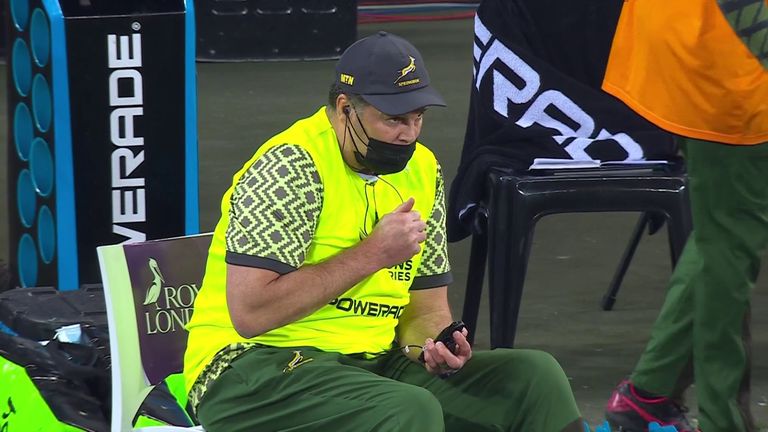 "But I'm looking forward to a new game and a new referee.

"I think Ben (O'Keeffe) will give a fair opportunity for both captains, and that's all we're asking."

Asked in what ways he had been disrespected, Kolisi continued: "Did you watch the video? Watch that and then we can chat afterwards.

"I don't really want to get into it to be honest. I don't want to get involved in that, I just didn't feel I was given the same access to the referee.

"If you watch the game again you'll definitely be able to see.

"But it's already happened, I don't want to speak too much about it, it's not going to change anything."

Erasmus offered to stand down from his rugby director role in his wide-ranging, unprecedented attack on referee Berry on Thursday.

World Rugby has sought an explanation from SA Rugby over Erasmus' comments, but the global governing body has so far stopped short of launching an investigation.

South Africa chose to stand by Erasmus' video and its content on Friday however, with assistant coach Stick insisting the Lions had already damaged relations.

The Lions had raised objections to South African Marius Jonker being appointed Television Match Official (TMO) for the first Test after New Zealander Brendon Pickerill's travel was disrupted by coronavirus. 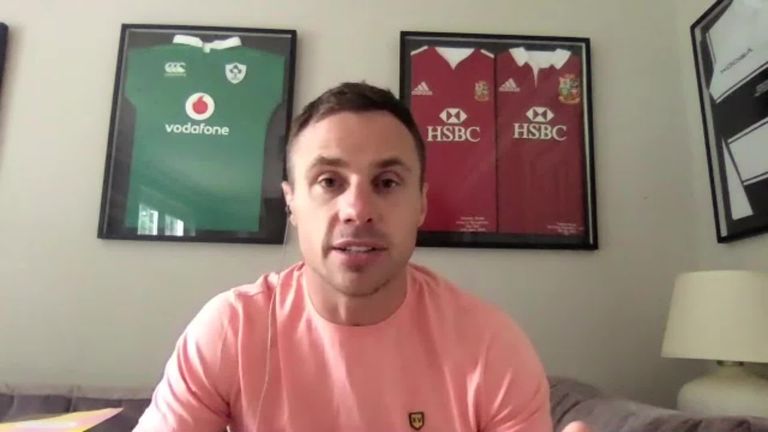 Lions bosses were fearful of Jonker's ability to maintain neutrality when officiating over his countrymen.

And Stick has insisted that is where all the off-field problems started in this Lions series.

"Let's go on the build-up where firstly the integrity of World Rugby was challenged by another human being when Marius Jonker was appointed TMO," said Stick.

"And then Gatland on the other side went crazy, and was asking World Rugby and challenging them about the decision they had made.

"Everyone knows we are living during challenging times, living during Covid, and the other gentleman couldn't travel to South Africa because of Covid protocols.

"And the fact that was publicly challenged by another coach on the other side, and still to this day I haven't had any statement from that side apologising about it.

"I haven't had any statement from World Rugby either, we're not asking for any favours, we just want equal grounds.

"I wouldn't like the whole series to be about decisions taken by the officials, or about the coaches off the field.

"Even if things are being said in social media or a traditional media conference, it's still the media. All coaches want to get their messages across.

"He (Erasmus) wanted to state his as his own personal view, it had nothing to do with us as a team.

Every match from the British and Irish Lions tour of South Africa will be exclusively live on Sky Sports; fans who don't have Sky will be able to catch all the action via streaming service NOW TV, which offers day and month passes.