Mark McCall says he will be "amazed" if a trio of his Saracens star players are overlooked by England head coach Eddie Jones for a second time this season.

Jamie George, Mako Vunipola and Billy Vunipola were left out of Jones' training squad last month, but all played prominent roles in Sarries' 71-17 routing of Bath in the Gallagher Premiership on Sunday as the England head coach watched on.

Jones names his group for the Autumn Nations Series on Monday ahead of matches against Tonga, Australia and South Africa, and saw hooker George score two of Saracens' 10 tries, while the Vunipola brothers were a notable presence as well in a ruthless dismantling at the Recreation Ground.

Saracens scored a resounding win away to Bath, while it was honours even between London Irish and Gloucester.

"Amazed," Saracens director of rugby McCall said when asked if he would be surprised if the trio did not make the squad. "Everybody would be with the way they played today.

"If Eddie wanted to see if they had the motivation and desire to still play for England, then they showed that today. I thought Owen (Farrell) was brilliant today as well.

"I thought Billy was unreal. Mako as well. The two of them were to the fore in the defensive sets.

"There is a new squad on Monday, and I expect to have a lot more players back in it. They deserve to be there after the way they played today." 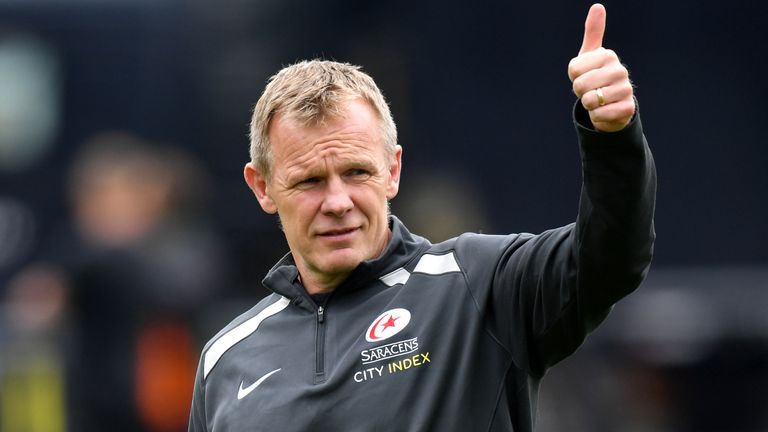 If Eddie wanted to see if they had the motivation and desire to still play for England, then they showed that today.

Their England colleague Maro Itoje was on the scoresheet too as he made his first Gallagher Premiership start since October last year, although he went off early in the second half after taking a blow to his shoulder.

"I am not sure if Maro is a shoulder or a pec," McCall said on forward. "We are just trying to find out how serious it is."

"It's definitely his knee, but I don't think it is too bad," Hooper said. "I think he is all right."