Jim Mallinder was relieved to come through a tough November in which Northampton were without their top stars yet remained top of the Aviva Premiership.

Saints went two points clear of second-placed Bath on Sunday after inflicting a 43-14 bonus-point hammering on struggling London Welsh at the Kassam Stadium.

During November Saints had to perform without four players who were on England duty plus three other internationals who were injured. But they won four out of five matches in all competitions - the one loss coming at home to Exeter Chiefs on November 14.

Mallinder said: "It has really been a good period. Forget about the Exeter result at home (a 24-18 loss), which clearly was a setback for us, but generally this set of lads - minus the international players - has played well and put in some good performances. To be top of the league is very pleasing." 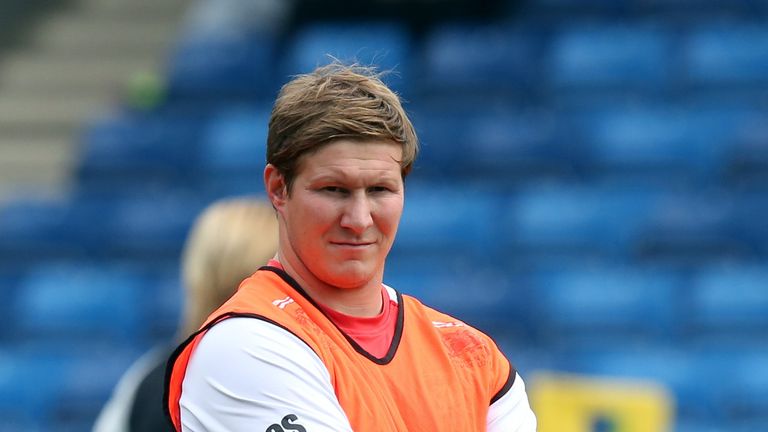 As a group, we are in this for the long haul and one thing this London Welsh group don't do is just roll over. We will keep sticking there until the end

Saints were expected to take Welsh to the cleaners but Mallinder said the Exiles fought hard to avoid what could have been a banana skin had Northampton not got all five points on offer.

He added: "It was very satisfying to win. You have to enjoy every win you have. We had to work hard, particularly in the first-half, and thankfully the forwards got on top and gave us the cushion.

"Second-half, we went on to score some good tries but credit to London Welsh, they played well, came back and scored two good tries themselves.

"You just need to build your score and get ahead as quickly as you can because you don't want it being tight going into the final stages which is why it was really pleasing that the forwards got a grip of the game.

"It helped with them going down to 14 men but likewise, we were put under a bit of pressure when we went down to 14 and conceded a try. But this is good game time for all 23 of our players. We made a few changes in the second-half and got the five points."

Mallinder also indicated that Wales star George North, who missed his country's win over South Africa in Cardiff on Saturday due to concussion, is likely to be available for Saints' European Champions Cup clash with Benetton Treviso next weekend.

For Welsh, it was another bitter disappointment but assistant coach Ollie Smith insisted they were not giving up despite being 11 points adrift of 11th-placed London Irish.

Smith said: "The 21 points we lost during the yellow card did not help our cause but on the whole, it was an improved performance.

"We talked downstairs as a coaching team and our skill level was above where it has been in recent weeks and there was far more continuity to our attacks and we threatened Northampton at times.

"Apart from the odd stray pass here or there, we could have got another score on the board. As a group, we are in this for the long haul and one thing this London Welsh group don't do is just roll over. We will keep sticking there until the end."