Cipriani kicked eight points in an assured display, but his skill and vision in a match-winning contribution towards the end of the match will be what lives in the memory after he chipped ahead and regathered possession before releasing the ball for Johnny Leota to score.

"We knew Newcastle would be tough, but we kept the pressure on with the drive and then using our two centres and Danny showed a bit of brilliance to crack the game open," said Diamond.

The 27-year-old has gradually rebuilt his career and reputation at Sale after his youthful promise at Wasps gave way to damaging headlines focused on his attitude, private life and off-field behaviour, while injuries also hampered his development. 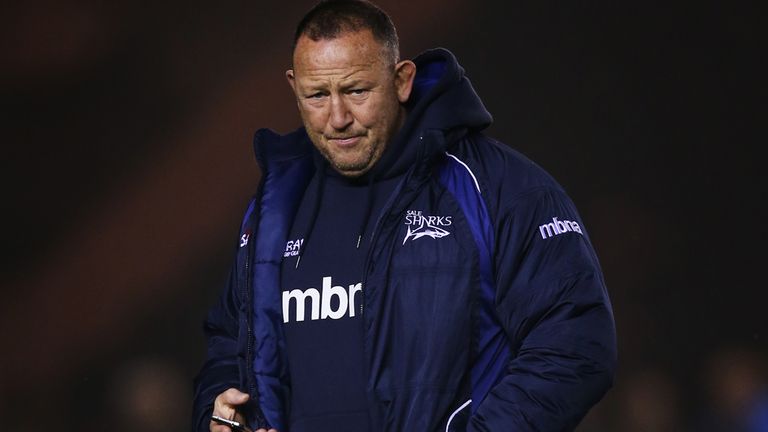 He can see things other players can't and if he keeps doing that he will be right on George Ford's coat-tails.

He won seven caps after bursting onto the scene with Wasps but fell out of the reckoning under former England boss Martin Johnson until earning a place on the tour to New Zealand in the summer.

Cipriani played two Tests against the All Blacks off the bench but was left out of the squad for the November internationals, with George Ford establishing himself as the man in possession of the No 10 shirt.

"He's really settled in with our team ethic," said Diamond. "His former life has gone.

"He can see things other players can't and if he keeps doing that he will be right on George Ford's coat-tails."

But Cipriani himself played down his contribution and the prospect of a return to the England fold.

"All you can do is do your job on the field. I have a great opportunity to put my hand up in the next few games, which are very important, and, hopefully, I can do that," he said.

Meanwhile, Newcastle director of rugby Dean Richards said he was frustrated by his side's profligacy in possession.

"It was another try conceded when we turned over possession. That's happened a lot this season," said Richards.

"It's disappointing that we didn't make better use of the huge amount of possession we had in the last 20 minutes.

"We played reasonably well but it was just our final execution that let us down. I can't fault the boys for effort and their second try was an absolute killer.

"OK, Danny played well but he also has two outstanding centres outside of him but I also think Juan Pablo Socino was outstanding for us."