Clark was named Women’s Player of the Year at the Rugby Players Association dinner on Wednesday, two months after making her 100th England appearance in the Six Nations game with France at Twickenham.

“Rochelle Clark has achieved so much in the world of rugby and it's so pleasing to see her win that award,” Alphonsi told Sky Sports.

“I remember when she won her first cap in 2003 and knowing Rocky she won't stop now. She's got so much still to do in the game and I think she's gunning for Jason Leonard's England cap record.”

Clark is 14 caps shy of Leonard’s record 114 international appearances and ex-England Women’s skipper Catherine Spencer thinks her former team-mate could even feature at the Women’s World Cup in 2017.

“I’m sure she'll carry on till she can't physically move any more. She just loves and cares for the game so much. I can't see her stopping any time soon, certainly not before the 2017 World Cup I would have thought.” 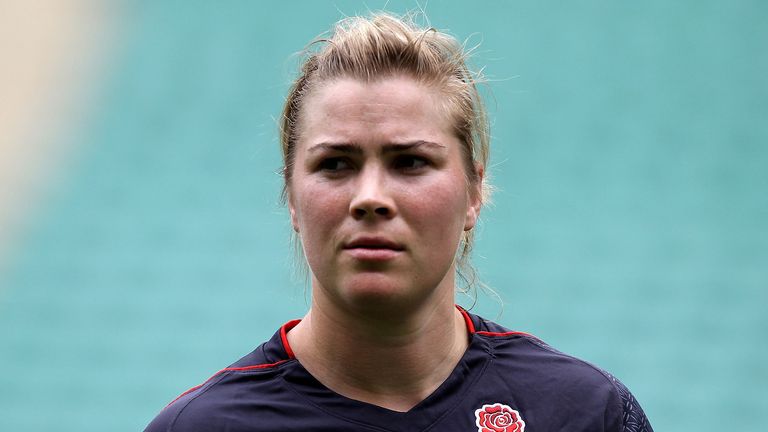 I’m sure she'll carry on till she can't physically move any more. She just loves and cares for the game so much. I can't see her stopping any time soon, certainly not before the 2017 World Cup I would have thought.

Alphonsi and Spencer were speaking at the 2015 Women’s Sport Trust #BeAGameChanger awards in central London on Thursday night. They were part of a star-studded guest list including Olympic skeleton champion Lizzy Yarnold, former England cricketer Rachel Heyhoe-Flint and current Test and One Day captain Charlotte Edwards.

Wasps president and former England full-back Sue Day is a patron of the Women’s Sport Trust and insists the organisation is proactive when it comes to increasing the profile of women’s sport.

“I just found the event so inspiring,” Day said. “I grew up reading about Rachel Heyhoe-Flint in the papers because there really weren’t very many sportswomen to read about and it was nice to meet her tonight. For me, it was just so emotional and moving to see her on stage with the next generation of athletes.

“Jo Bostock and Tammy Parlour who founded this organisation are inspiring. They are all about ‘let’s not sit around talking about it, let’s go out there and do it’.”