"A lot of people who are racist are also cowards as well - all bigotry is cowardice."

When people reminisce on the Welsh sides of yesteryear, the name Glenn Webbe is often mentioned. He was the first black player to play for Wales in a World Cup campaign and was the first British player to score a hat-trick in a Rugby World Cup.

Webbe, who now runs a successful kitchen design company in Cardiff, was a pioneer in the red shirt despite only winning 10 senior caps for his country. 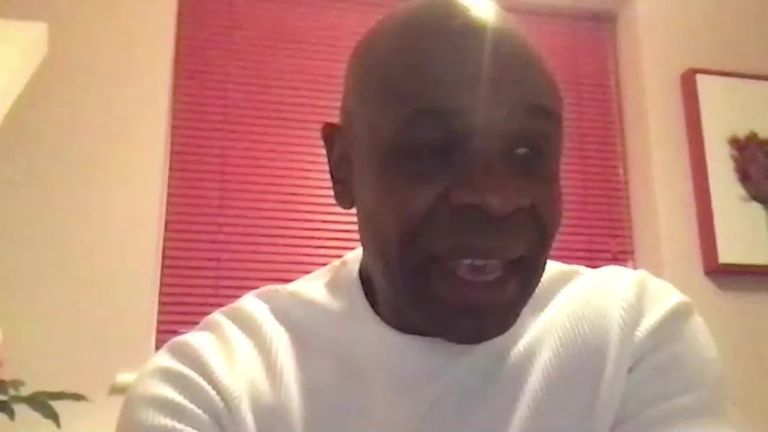 He made his Test debut against Tonga on tour in 1986, but his first home Test came against England in the 1987 Five Nations. For any Welsh rugby fan, playing against England at the Principality Stadium, or previously Arms Park, is what dreams are made of.

"That game, always is a must-win game," Webbe said. "I remember we were staying at the Angel Hotel and the night before we went to one of the cinemas on Queen Street and popped to the Arms Park on the Friday night before the game. I managed to escape a little bit, I used to like to do that, not to get drunk or anything like that, but just to savour the atmosphere. I took a little walk through town on my own just under some disguise, bobble-hat on and everything.

"I do remember the feel of the whole thing and the fact that I'd been on the supporters end for so long, actually supporting Wales and watching Wales… to then be part of the conversation, listening to the buzz, it was an amazing experience.

"The game seemed to go in a flash - I was up against Rory Underwood. It's a funny thing when you're playing your first game on home soil, it seemed to go pretty quickly but if you look at any incident or any moment and you're looking back at yourself, it seemed to happen in slow motion."

Wales won the game 19-12 with tighthead prop Stuart Evans scoring the only try. The atmosphere in the changing room, as Webbe describes, was one to remember.

"It was bouncing, absolutely bouncing," he said. "Afterwards, we had an hour to ourselves… players alone, no coaches, no staff, no family, no friends, just the actual 15 on the ground there. The look on everyone's faces… we were all beaming! It was that satisfaction. We were bursting with pride, positive emotions, it was quite tearful to be honest with you... elation, pure elation. So yeah, it was a fantastic feeling." 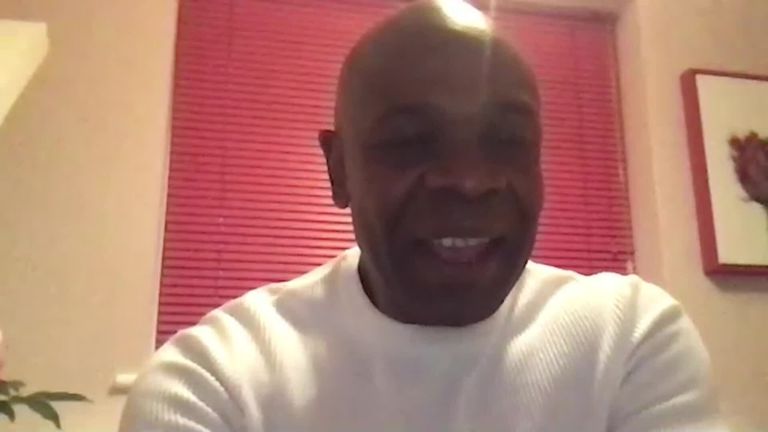 Webbe grew up in Ely, one of the most deprived areas of Cardiff, and his parents both grew up on the Caribbean island of St Kitts before coming over on the Queen Mary liner in the 1950s as part of the 'Windrush Generation'. Despite being born and raised in Cardiff, Webbe played his entire club career with Bridgend. He spent 14 seasons with them, breaking club records along the way, scoring close to 300 tries in just over 400 matches.

The former winger is a glass half-full kind of guy. He's always full of smiles and positivity shines through when he speaks. This also comes across when discussing racism in the game, in particular how he dealt with it when he was playing.

"I came across racism quite often really," he said. "Different times then to now. It's not a case of dealing with it head-on or in a militant sort of way, I used to like to diffuse situations. I had a rationale. I knew that people who were calling me names for whatever reason, I knew they were trying to upset me, trying to get my goat, trying to get the upper hand. They would win if I got upset or I reacted.

"So, I knew I had a choice - I could be upset if I wanted to be or I could choose not to be upset. It wouldn't really change the outcome, it would change the way I felt and so I would just choose to sort of dilute it and look at it from a positive point of view really. 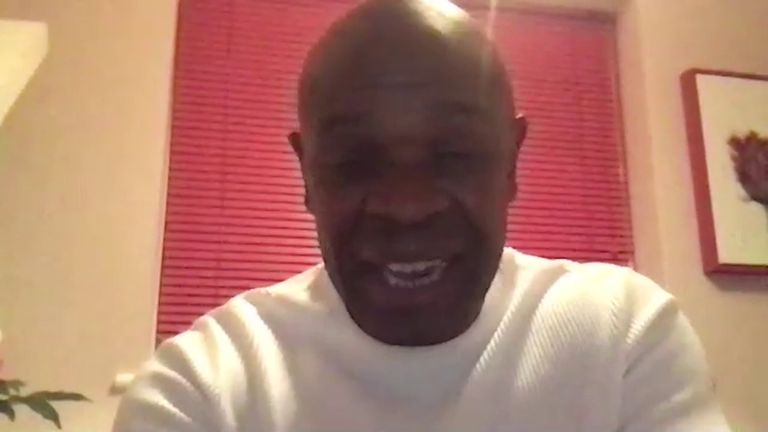 "If someone was going through that amount of trouble just to rile me, often to try and put me off my game, it was like one of the biggest compliments they could pay me really thinking that I'm such a threat that they've got to do anything they possibly can to sort of derail me if they could.

"I chose not to take offence, like everyone's got the opportunity whatever they look like, or whoever they are, to sort of be offended or not and that was always my stance, to laugh at their stupidity. If someone actually had the courage to say things to my face, I was normally quick-witted enough to put them down but you'd find in that situation not a lot of people would actually come out individually and say what they felt - they would do it in a crowd, or from afar, or from a distance.

"A lot of people who are racist are also cowards as well - all bigotry is cowardice. I knew that if I did want to get upset by it, it was normally a faceless person in the crowd of 5,000 to 10,000 people. I would never win that battle.