Eddie Jones says England's tour of South Africa provides them with the perfect opportunity to showcase their strength in depth.

England have never won a series against the Springboks in South Africa and although Jones will be without a host of first-teamers, the head coach wants a 3-0 win in the Rainbow Nation as they continue to build towards next year's Rugby World Cup.

He told Sky Sports News: "There's a lot of criticism of the Premiership and the pathway in England, about how many good players are being produced and the depth of talent we have. That's an exciting opportunity for us in South Africa.

"We're missing probably 22 of our top 45 players and it's a great chance to show how strong we are." 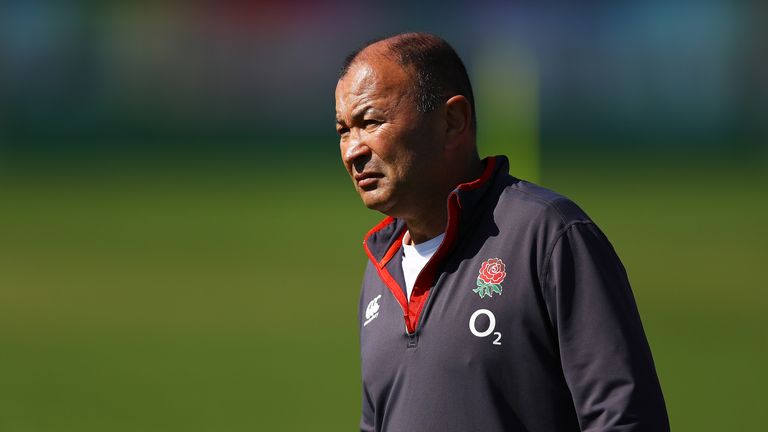 England travel to South Africa on the back of a poor Six Nations where they lost their last three fixtures, but Jones says that setback will stand to them come the World Cup.

"We're in a great position because we've got absolute clarity about what we have got to do to win the World Cup," he said.

"We got great feedback from Scotland, Ireland and France that we're not good enough. We've gone away, licked our wounds and worked out a strategy going forward.

"The players are becoming more embroiled in that strategy as we have more time with them. It's a fantastic opportunity for us to win the World Cup."

England have lost four of their last five Tests against the Boks on South African soil, drawing the other, with the last victory coming in 2000 when Jonny Wilkinson kicked all of their points in a 27-22 win

But Jones is backing his players to revel in their underdog status and create history,

"The bare minimum is to play well," he said. "I want to win 3-0. No English side has ever won a series in South Africa so it's a great opportunity for us.

"We're going to go over there and rip in."