Alan Shearer-style celebration not on my mind, says Jonny May ahead of St James' Park visit

Watch England take on Italy in their final World Cup warm-up, live on Sky Sports Action from 7pm on Friday 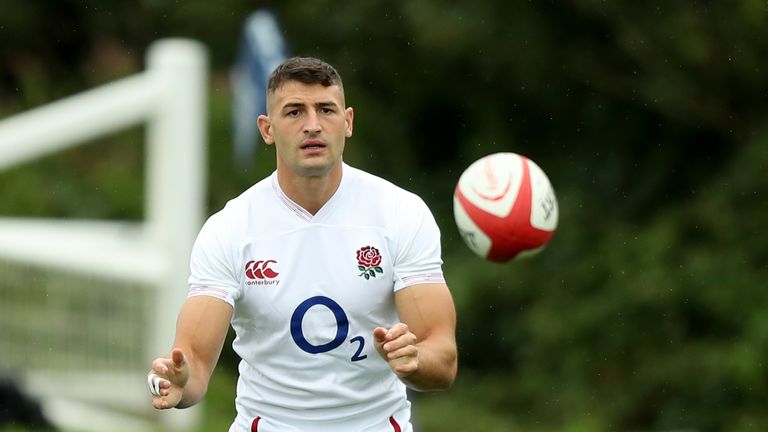 Jonny May says he has not given any thought to an Alan Shearer-style celebration if he scores a try at St James' Park.

England face Italy in their final World Cup warm-up in Newcastle on Friday night, live on Sky Sports, with Eddie Jones likely to field a strong side ahead of his side's tournament opener against Tonga on September 22.

May is looking forward to playing at the historic home of the Magpies, but says not to expect a familiar sight if he crosses the whitewash on Tyneside.

"No, I hadn't thought about that yet," May told Sky Sports when asked about a potential Shearer celebration. "I think it's really good to engage everybody across the country, so to go up north and play a game there is brilliant.

"It's a really cool stadium, lots of history there. I'm really excited about it."

The winger says it has been a tough pre-season, with the squad back in Italy this week for some warm-weather training, and wants to get back to playing.

"It's been a long time coming. It feels like we've worked hard for a long period of time now," said May.

"We've been back in Treviso this week getting some extra hard work in. It's going to come around quick now."

The Leicester man is not thinking too much about what Japan offers outside of the rugby grounds, and says the team's only thoughts are on winning the trophy.

When asked what excites him about Japan, the 29-year-old said: "I just can't wait to get in the stadium and play some rugby.

"Just to get out there, play some rugby, embrace the atmosphere, play in a World Cup, represent your country - those things are exciting.

"The idea is to peak out there in Japan and to peak in the final. We want to go out there and win it."

Watch England take on Italy in their final World Cup warm-up, live on Sky Sports Action from 7pm on Friday