England forwards coach Graham Rowntree has not ruled out a recall for hooker Dylan Hartley once his ban for headbutting is served.

Hartley will miss the opening match of England's World Cup campaign against Fiji on September 18 after being handed a four-week ban for striking Saracens' Jamie George with his head.

The 29-year-old was dropped from England's World Cup squad as a result of the ban and it was George who was called up to replace him.

The Saracens front-row has taken advantage of the opportunity and impressed off the bench in England's 25-20 defeat to France on Saturday but Rowntree confirmed Hartley remains firmly in his thoughts. 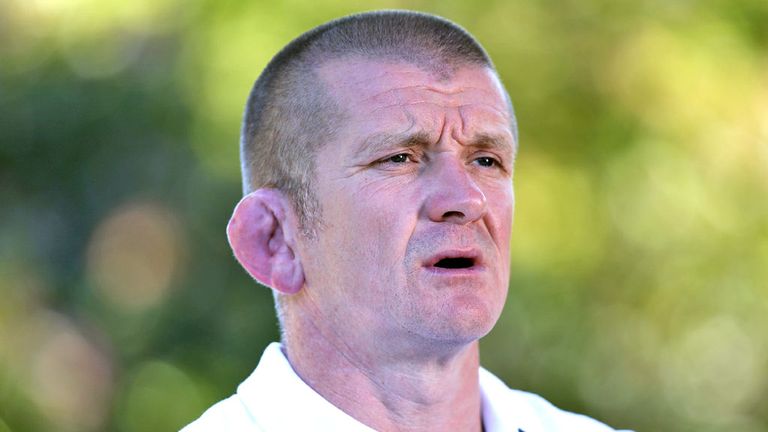 Going forward, we never discount the possibility of Dylan coming in, if required, as long as he has served his ban.

"Look, the whole Dylan situation – it is what it is. He is banned," Rowntree told Sky Sports News HQ.

"He is unavailable so I have got to put my resources into the guys that are here and that just so happens to be a couple of young hookers in particular at the moment.

"Going forward, we never discount the possibility of Dylan coming in, if required, as long as he has served his ban."

Hartley was criticised at the time of the offence with disciplinary committee chairman Sean Enright saying: "There cannot be any place in our game for this class of behaviour."

The incident is not the first time Hartley has been suspended for ill-discipline during a controversial career.

He was handed a massive 26-week ban for eye-gouging in 2007, an 11-week suspension for verbally abusing referee Wayne Barnes during the 2013 Premiership final against Leicester and a three-week ban for elbowing an opponent in December 2014.

Despite the fact Hartley has not been with the squad as they build towards their World Cup opener, Rowntree revealed he has remained in regular contact with the Northampton player and has every confidence he can hit the ground running if he is called up.

My England 31-man squad for the World Cup

Rowntree said: "Why has he not been here? The guys we have had in the last couple of weeks like Tom Croft, Ben Foden and Joe Simpson have not had a lot of game time with us over the last couple of years so they need to come in and see how we are doing things.

"Dylan has. I trust Dylan. He played in the last game of the Six Nations for us. He is fit.

"I have been in touch with him regularly and he would be able to come in and slot in if we need him."