Schmidt coached his Pumas counterpart Mario Ledesma at French giants Clermont and believes the former Argentina hooker has a "cunning plan" behind shifting Petti to the back row.

New Argentina head coach Ledesma has made five changes from the 45-34 defeat to Australia in Salta on October 6.

Schmidt admitted Ireland will have to adapt on the fly to Petti's addition to the back row that certainly bolsters a physical Pumas pack's line-out function. 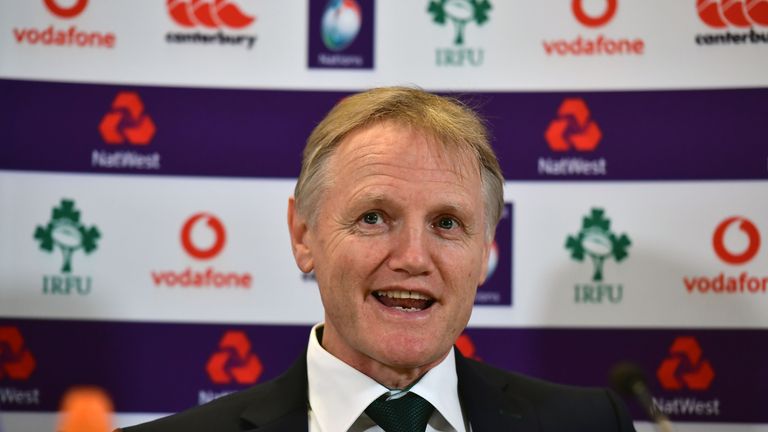 It's probably not a change-up that we foresaw but at the same time I'm sure there will be some sense to it.

"There's got to be a degree of consideration for getting the best players on the pitch, and maybe that's what Mario's looking for, with Guido Petti in the back row, with [Matias] Alemanno and [Tomas] Lavanini at lock this weekend," said Ireland boss Schmidt.

"It's probably not a change-up that we foresaw but at the same time I'm sure there will be some sense to it.

"Knowing Mario there will be some cunning plan to it, and we'll have to probably decipher it on the run, once we've kicked off on Saturday."

Ledesma won 84 Pumas caps as a gritty but savvy hooker between 1996 and 2011 - becoming Argentina's second-oldest player of all time on his final appearance against New Zealand, aged 38.

Now 45, he took the Argentina reins in August, having enjoyed assistant coaching stints with Stade Francais, Montpellier, the Waratahs and then Australia.

Schmidt coached Ledesma and Clermont between 2007 and 2010, and admitted the wily front-rower was already guiding his peers by that point.

"I think he had a lot of the [coaching] attributes. If Vern [Cotter] wasn't there I would always defer to Mario to drive the pack, mainly because I couldn't speak to them because of my hackneyed French phrases, and I had a limitation that was mostly backs-related.

"And he's already done an incredible job in broadening his own experiences.

"And very much an upsurge since the June series with the national team.