Fiji-born centre Vakatawa, 23, who started his career at Racing 92, has established himself as a star of France's Sevens team and his explosive and versatile style caught the eye of Noves and his coaching staff.

"We tried to build a team which will allow us to work in continuity, with an eye to the next four years," said Noves.

The eight newcomers have already linked up with the team during group training sessions earlier this month.

Veteran fly-half Francois Trinh-Duc, still recovering from a shinbone injury, has been provisionally left out of the squad and replaced by Toulouse's Jean-Marc Doussain. 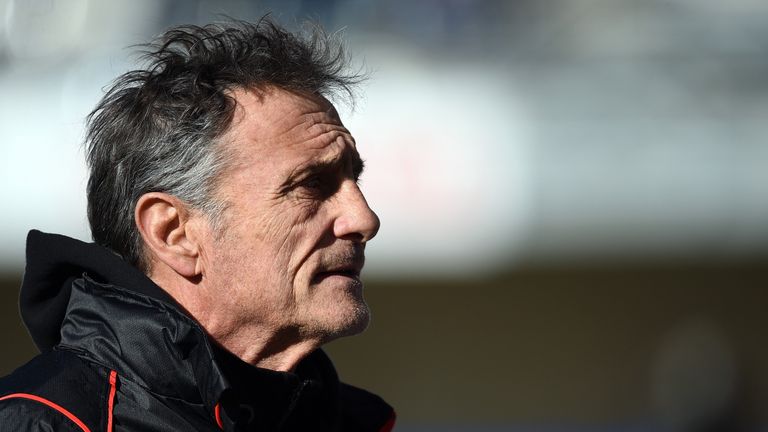 We want to build a team who will be able to improve a lot, and not taking players who would not be with us in two or three years.

"We had a discussion with Francois," said Noves. "He knew that his presence depended on his performances on the pitch. We know that Francois has resumed training very seriously."

The main surprise however was the inclusion of Stade Francais flanker Antoine Burban, also on the comeback trail after three months out injured.

"We want to build a team who will be able to improve a lot, and not taking players who would not be with us in two or three years," said Noves.

"We want to make the French people who will support us happy.

"Mathieu Bastareaud's talent is obvious. He's not being left out because of a lack of talent but the true question is whether his profile fits our game plan."

"But Guy will not throw them all at once on to the field."