Semi Radradra suffered leg injury during Fiji's Autumn Nations Cup win over Georgia; Bristol rugby director Pat Lam says Fiji should have withdrawn Radradra and not kept him on the pitch for entire 80 minutes; Radradra could be sidelined for three weeks

Bristol will make a formal complaint to World Rugby over Fiji's injury management of their star player Semi Radradra.

The Fiji centre is set to miss Bristol's opening two Champions Cup games against Clermont Auvergne and Connacht after suffering a leg injury during the Autumn Nations Cup victory over Georgia last Saturday.

But Bristol rugby director Pat Lam says the situation could have been avoided if Fiji had taken him off and not kept him on for the entire 80 minutes.

Lam revealed that Radradra subsequently suffered "a serious bleed" in his leg and he could now be sidelined for three weeks.

"In the first minute of that game, Semi carried the ball, there was a big collision and I knew something was wrong because he was limping," Lam said.

"He pretty much limped through most of that first half, then they heavily strapped his leg. 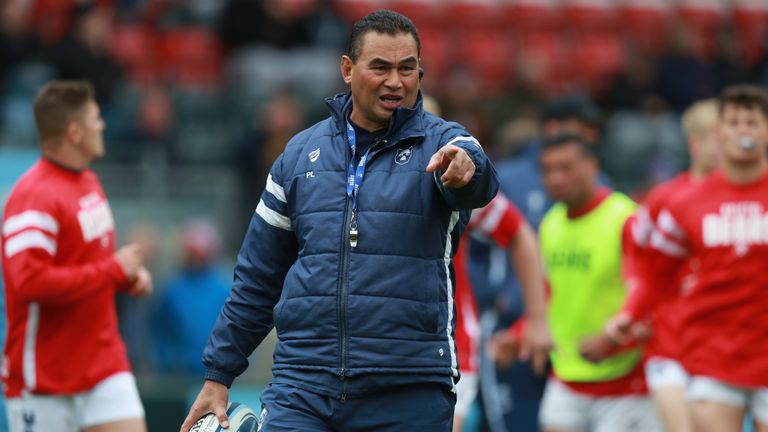 We are disappointed. He is a big player for us. We will put in a formal complaint to World Rugby.

"Fiji had control of that game but he couldn't chase, he wasn't going at 100 per cent. I thought he would come off, but they kept him out there for 80 minutes.

"What turns out as a dead leg that probably should have been iced and he would have been good to go this week, that 80 minutes of running around turned into a serious bleed when he got here, and the leg blew up.

"The (Bristol) medical staff had to get on top of it. We scanned it and unfortunately it could be two, maybe three weeks, that he is out.

"What's disappointing about it is that Fiji had that game won early.

"And there is no doubt in my mind, because Semi told the medical team at half-time that he was struggling, that if Fiji were playing another game this week he would have been taken off ready for that game."

Radradra joined Bristol earlier this year and played a key role in them reaching the Premiership play-offs and winning the European Challenge Cup last season.

He is one of the game's biggest box-office attractions and would have been integral to Bristol's plans against French heavyweights Clermont in what will be the West Country club's Champions Cup debut at Ashton Gate on Saturday.

Lam added: "We are disappointed. He is a big player for us. We will put in a formal complaint to World Rugby.

"The reason we have people like Semi is that we sign these sort of guys for these big games - and Bristol are about to go into two weeks of the biggest games in their history so far - and for him not to be there in that sort of situation is not ideal.

"We will talk through the process with World Rugby of why we are disappointed.

"It is something that didn't need to happen. It was an avoidable situation."