The Wallabies are due to play France in July but Rugby Australia is planning to ask other nations if they would play in a tournament to 'keep the international calendar going'; Australia hosted last year's Tri Nations

Australia are open to hosting a "mini World Cup" this summer to keep the international calendar going amid the Covid-19 pandemic.

Rugby Australia chairman Hamish McLennan said the rugby calendars in Europe and South Africa looked "very sketchy" due to the pandemic, and Australia has proved it is well-equipped to host sport in a safe environment.

France are scheduled to tour in July and Rugby Australia is planning to ask other nations if they would play in a tournament that could run in parallel with the Rugby Championship.

"We are still expecting the Rugby Championship to go ahead this year but perhaps we can add to it and create a 'mini World Cup'," McLennan told the Financial Times.

"We have the French in July but if anyone else wants to come out, great. We have a significant British and Irish population here and South Africans.

"We are open to creating a new tournament and keeping the international calendar going." 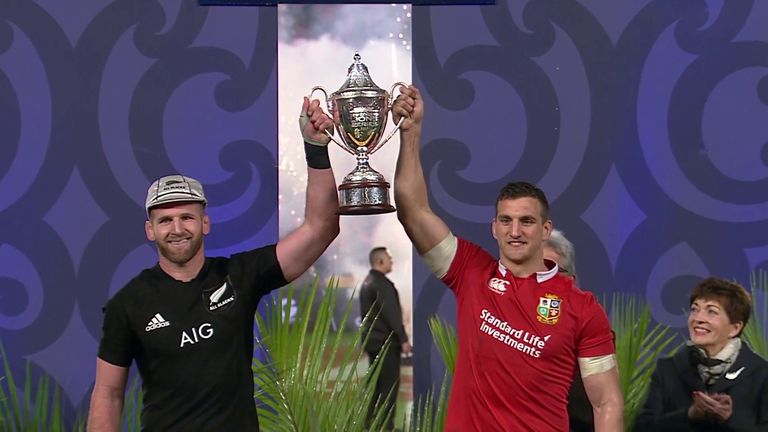 Last year's delayed Rugby Championship was reduced to a Tri Nations involving Argentina, Australia and New Zealand after world champions South Africa pulled out due to travel restrictions and the impact of the pandemic.

Australia has introduced strict border controls and health protocols to limit the risk of coronavirus being brought into the country.

Australia are currently hosting India in a cricket series while the Australian Open is scheduled to begin in Melbourne on February 8.