Gatland named an unchanged line-up as the British and Irish Lions seek a first series win in New Zealand since 1971, the head coach resisting calls for Vunipola to be dropped following a poor display in the second Test.

Vunipola conceded four penalties and was sin-binned during the second half in Wellington, but Barnes says the prop's scrummaging is the main area of concern.

"I'm a little concerned about Mako Vunipola starting, not so much his discipline but because of his scrummaging," Barnes told Sky Sports News HQ. 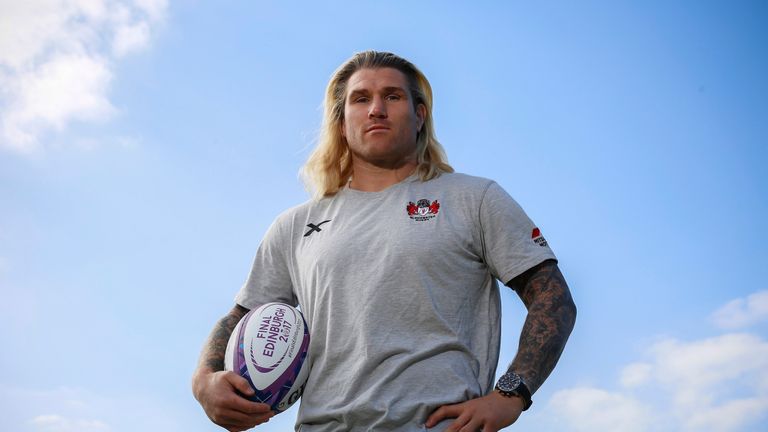 If you want to match New Zealand around the park, you've got to have players like Mako in there.

"Romain Poite is one of the world's most diligent scrum referees. Four years ago in Sydney, the Lions commended him on how he penalised Australia when they were the weaker scrum.

"In the first two Test matches, no doubt at all, New Zealand have had the stronger scrum and they will definitely target Vunipola."

Hibbard, however, believes Gatland has made the right call in sticking with Vunipola, who he played alongside during the 2013 series in Australia.

"I thought Vunipola has been of our standout players," said the Gloucester hooker.

"If you want to match New Zealand around the park, you've got to have players like Mako in there. He matches them, if not betters them sometimes.

"There were some tough calls against him last week. He showed what the jersey meant to him.

"Will Gatland have a word in his ear? I wouldn't be surprised if he stirs him up a little bit! Gats is good like that, he'll weather the storm and get him in the right frame of mind."

'Lions have to get more territory'

Barnes was disappointed that Iain Henderson didn't force his way onto the bench ahead of CJ Stander, and says the kicking game of Johnny Sexton and Owen Farrell must improve if the Lions are to end the All Blacks' 39-game unbeaten run at Eden Park.

"Gatland said after the second Test that the Lions didn't kick very well," he said.

"One of the keys to Sexton and Farrell is their kicking game from 10 and 12 to stretch New Zealand. They didn't do as well as they could.

"Their passing game was superb and in the end it won them the game, but you can't expect to see so many missed kicks [from Beauden Barrett]. The Lions have to make sure they get more territory.

"It's going to be crucial, especially with Jordie Barrett handed his full debut at full-back. If they don't put him under pressure in the first half-hour they'll be missing a trick.

Barrett's inclusion is one of three changes made by Steve Hansen to his backline, and Barnes believes the selection of Julian Savea on the wing suggests some 'panic' in the All Blacks camp.

"The interesting one really is Savea on the wing," he said. "He has the world's greatest strike rate but he has been discarded for a couple of weeks and didn't look that sharp when he played for the Hurricanes.

"That does look like a tiny bit of panic. They've gone back to their old warhorse and said, 'produce a couple of tries for us'.

"He has looked leaden-footed, he has not been at his best all season, that's an interesting call."