Warren Gatland led the British and Irish Lions to a series win in Australia in 2013 and draw in New Zealand four years later; the Lions face Japan at Murrayfield on Saturday before beginning their tour of South Africa against provincial side the Lions on July 3, live on Sky Sports

Former Wales boss Gatland will lead the Lions for the third time in the hotly-anticipated tour to South Africa, following a 2013 series win in Australia and a draw in New Zealand four years later.

The Lions will kick-start their preparations for the Springboks by taking on Japan at Murrayfield on Saturday, with the first of three Tests slated for July 24 in Cape Town.

Three-cap Lion and Wales centurion Thomas hailed Gatland's self-belief as among the tourists' chief assets ahead of facing the reigning world-champion Springboks. 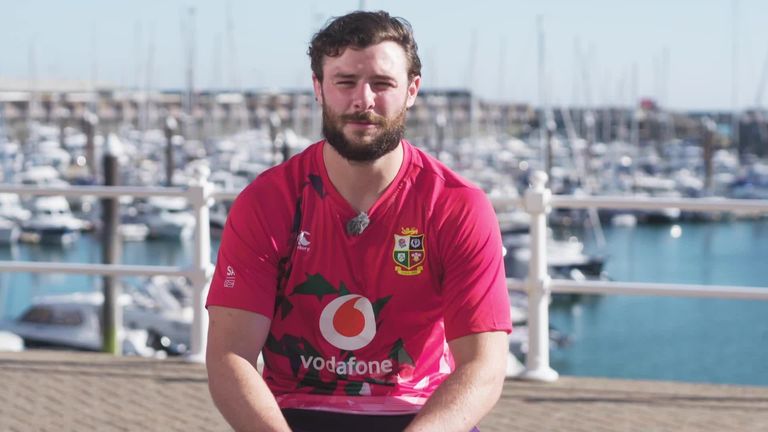 "It would be a bonkers achievement if he could go undefeated as Lions head coach across all three tours," said Thomas.

"He doesn't worry about what people think, he is only focused on getting the big calls in selection right. His record speaks for itself on that, and he will be fully focused on making the correct calls again.

"The fact that he has that belief in his own coaching ability to go there says something about him.

"And if he goes undefeated in three tours then everyone will have to turn around and say, 'you've done better than pretty well'." Gatland has named an imposing line-up for Saturday's Murrayfield encounter against the Brave Blossoms, with tour skipper Alun Wyn Jones in at lock.

Former Wales back Thomas insisted that Jones could be the only tourist whose name will come anywhere near to being inked into the Test line-up.

"I'd be pretty certain that outside of AWJ you'd be struggling to put in a nailed-on starter," said Thomas, speaking to highlight the Tackle HIV campaign.

"One, because the competition is there, and two, because I don't think that's the way Gats plays it. He doesn't want people to think that from the off they are pretty much in.

"He wants them in every minute to be as physically active and contributing to the performance as anybody else.

"So I think giving anyone that platform to believe they are in a superior position for a Test jersey, that's very much not a Gatland way."