Kolisi, Dan Du Preez, Ox Nche, Bongi Mbonambi, Scarra Ntubeni and Makazole Mapimpi are the latest cases to be confirmed alongside three members of team management; Lions' next opponents are scheduled to be South Africa 'A' in Cape Town on Wednesday

South Africa captain Siya Kolisi is among six players who have tested positive for coronavirus as the Springboks face more disruption to preparations for their series against the British and Irish Lions.

It lifts the number of staff and players to have been infected with Covid to in excess of 20.

However, a significant portion of the 46-strong squad are able to resume training on Sunday in the wake of six days spent isolating and six rounds of PCR testing.

A statement from SA Rugby said that "with the entire squad and management team confined to their rooms since Monday, the possibility of transmission through close contact has been mitigated".

"We are delighted to be able to return to the field and resume our preparations for the Lions series," Nienaber said.

"It has been a challenging week with the Test against Georgia on Friday night cancelled and the entire squad self-isolating for a few days as a preventative measure, so the players cannot wait to get back on the park.

"The Test against Georgia was important for us with an eye on preparing to face the Lions, but these are extraordinary times and we have to adapt as a team. I have to commend the players and management for that.

"We are a tight-knit coaching team and everyone takes responsibility in their respective roles. It is also great to have Rassie steering the ship while I am away. 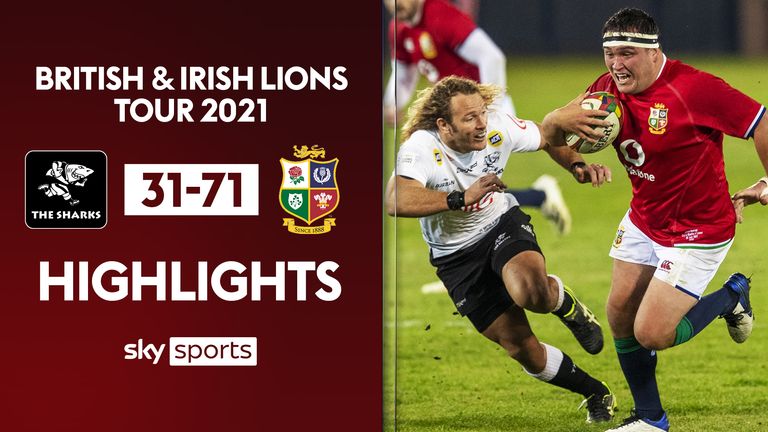 "He has been part of the system for several years now and he guided most of these players to the World Cup title in 2019, so the team is in great hands."

Front rows Fez Mbatha and Lizo Gqoboka have been added to the Springboks squad to assist with preparations following the latest positive results.

The Lions' next opponents are South Africa 'A' in Cape Town on Wednesday and the resumption of training, albeit with a batch of players still missing, increases the likelihood of the game taking place as scheduled.

A change of running order for next week is being considered with the Stormers taking the Wednesday slot and South Africa's second string shifting to the weekend, offering additional time to recover from the outbreak of coronavirus.

The Lions leave for Cape Town on Sunday but attack coach Gregor Townsend, three other members of staff and an unnamed player must continue isolating in Johannesburg until Wednesday when they will rejoin the main touring party.

A report in South Africa states that Stormers players have been coaching themselves to face the Lions after the franchise's management team were forced into isolation because of Covid.