The British and Irish Lions bounced back from their South Africa 'A' loss with a convincing win over the Stormers.

It was another slow start for the Lions in the opening 20 minutes but once they found their groove they were far too strong for the hosts, who battled with the touring side's impenetrable wall of defence and quick ball at the breakdown.

Next stop for the Lions is the Test series as they take on South Africa and, with the auditions for Test spots over, we look at how the Lions rated...

The captain produced a professional display and showed great hands for the third try. The Exeter full-back made plenty of metres and led from the front.

A rare scoreless day for the Cardiff wing, who was not at his best but played a key role in the opening try before being withdrawn after 58 minutes.

The versatile England ace made his third start of the tour at 13 and is growing into his new role but must improve in defence.

The Ireland centre produced another fine performance with a number of line breaks and one superb tactical kick.

The South Africa-born wing made an outstanding 138 metres and took advantage of featuring in the whole match to again nudge coach Warren Gatland ahead of the first Test. 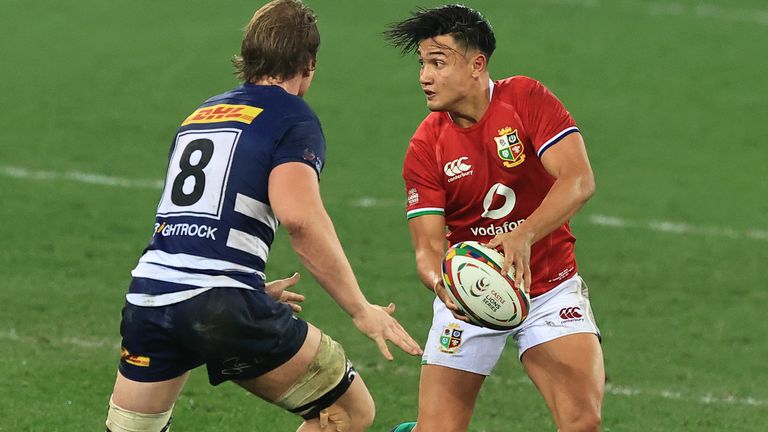 A mature debut from the international rookie who made nine tackles and shone with the ball in hand, producing a trademark goose step late on. Seven successful conversions have helped push him into the equation to face South Africa with fitness concerns elsewhere at fly-half.

The Glasgow scrum-half was busy during his near-hour run-out and integral to helping the Lions click into gear after a stop-start beginning to the match. Breakdown work was faultless and he was central to Adam Beard and Jonny Hill's tries.

Another solid display from the Scot, who had a 100 per cent success rate from his seven tackles and carried well. 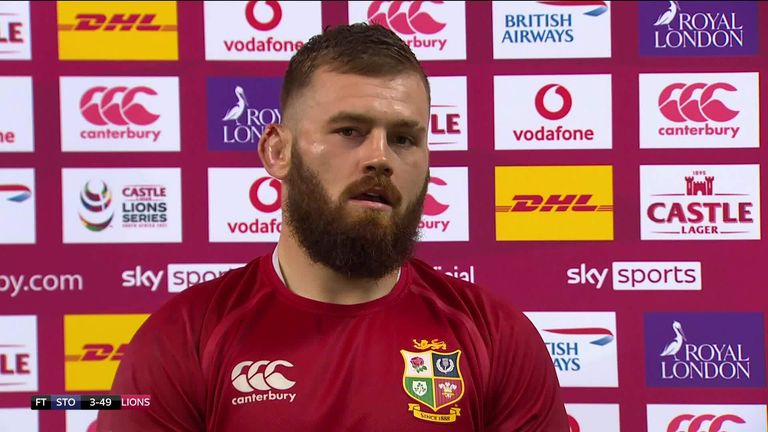 Excellent showing by the Exeter prop. Unlucky to have an early try disallowed but made up for it before the first half was over with a fine finish. Faultless at line-outs and made plenty of metres during his 49-minute outing.

Made another big impression, especially when he was given possession. A quick break was crucial to the first try and was one of several noteworthy carries by the Leinster man.

Even with the shadow of Alun Wyn Jones on the bench, the Ospreys player again made the most of his opportunity. Good work for his maiden Lions try and heavily involved in third score.

Top-drawer shift from the England forward, who helped himself to a try during a first half where he made 10 out of 10 tackles.

Denied a score due to an earlier forward pass, but a good outing overall and carried brilliantly in Cape Town.

Exceptional yet again by the Scot, who made all of his 15 tackles and also carried well in typical fashion to continue his wonderful form.

Another try to his tally and carried outstandingly, with 46 metres made from his numerous surges forward. The Ireland international also shone at other end of pitch.

21 - Alun Wyn Jones has come on as a replacement for the @lionsofficial, exactly three weeks after suffering a dislocated shoulder against Japan; it is just the eighth time he’s come off the bench for the Lions in what was his 22nd appearance. Indestructible. pic.twitter.com/niGdQFNs5N