The remainder of this season's HSBC World Sevens Series has been cancelled and New Zealand have been crowned champions of the men's and women's series, World Rugby said on Tuesday.

The men's side were on 115 points after winning three of the first six tournaments before the coronavirus pandemic paused the season, 11 points ahead of nearest rivals South Africa. The women's team won all but one of their five previous tournaments and were 16 points clear of Australia in second place.

The remaining tournaments, due to be played in Langford, London, Paris, Singapore and Hong Kong, will not take place. There will be no relegation from the women's or men's Series in 2020.

Japan are awarded the inaugural men's Challenger Series title as they topped the rankings after the two completed events and will join the HSBC World Rugby Sevens Series 2021 as the sixteenth core team. There will be no promotion to the women's Series this year as the inaugural Challenger Series event originally scheduled for March in South Africa was not able to take place.

"As a result of these amendments, seedings for the Tokyo Olympic Games will be adapted to include results from the 2021 Series to ensure they provide the most robust and accurate representation of current form when the Games commence in July 2021," World Rugby said.

World Rugby chairman Sir Bill Beaumont said: "While it is very disappointing for players, fans, organisers and everyone involved to have to cancel these events due to the global COVID-19 pandemic, the health and wellbeing of the rugby community and wider society remains the number one priority. 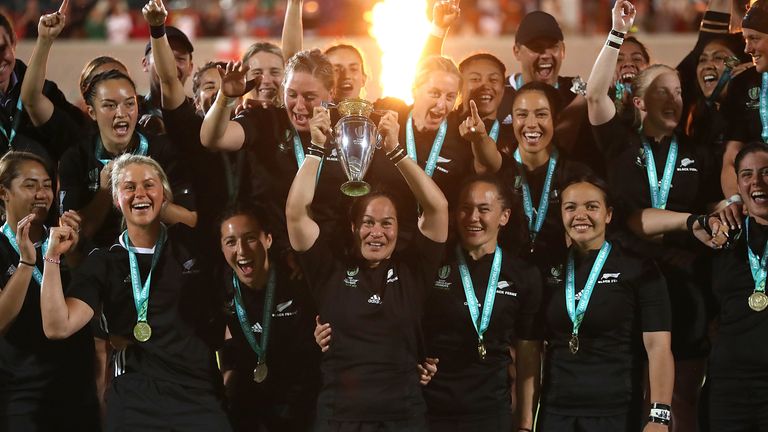 "These difficult decisions have been taken following detailed consultation with our union partners and in line with advice from the various government and public health agencies around the world, given the global nature of the HSBC World Rugby Sevens Series.

"Rugby sevens is a key driver of global growth for our sport, particularly in emerging nations, and it firmly remains a top priority for our organisation. As we begin to see light at the end of the tunnel, 2021 has potential to be a very exciting year for rugby sevens with the Tokyo Olympic Games on the horizon.

"Congratulations to New Zealand on being awarded both the women's and men's Series titles following their outstanding and consistent performances prior to the onset of the pandemic, and to Japan for being crowned champions of the inaugural Challenger Series and securing a core place on the HSBC World Rugby Sevens Series 2021.

"We thank our union, commercial and broadcast partners for their continued support and solidarity during this difficult time. We are united in our commitment and will continue to work hard in a spirit of collaboration as we plan for a return to international rugby sevens as soon as safely possible."