South African Marius Jonker has been named as television match official for the three British and Irish Lions Tests after New Zealand's Brendon Pickerill was forced to withdraw; watch the first Test live on Sky Sports Lions on Saturday from 3pm

The British and Irish Lions are furious that South African Marius Jonker has been appointed as television match official for Saturday's first Test against the Springboks.

New Zealand's Brendon Pickerill was forced to withdraw due to pandemic-related travel issues, with Jonker taking his place for the series opener in Cape Town.

The Lions are understood to be pushing governing body World Rugby to appoint a neutral TMO for the second and third Tests of the series.

World Rugby used 'home' TMOs in last year's Rugby Championship but a referee would not officiate in a match involving their own country.

Jonker acted as the TMO for the Lions' 17-13 defeat to South Africa 'A', the tourists' sole loss on tour so far.

The Lions boss had been aiming to seek clarity over the incident with officials, stating last week: "I can't understand where the comments were that there was no contact to the head.

"Someone was watching a different picture to me. I thought it looked reckless.

"No arms and he's hit the arm first and then the shoulder, but there's definitely head-on-head contact."

Warren Gatland's side have been assured by the officials overseeing Saturday's first Test against the Springboks the correct decisions will be made despite the appointment of a South African television match official.

Gatland and his coaching lieutenants met with referee Nic Berry on Thursday to discuss any concerns ahead of the series.

"It was a bit unexpected. We only found out on Wednesday. There's a slight lack of foresight because there's a reason why that position is neutral," forwards coach Robin McBryde said.

"There's no plan B put in place. You've just got to get on with it really. 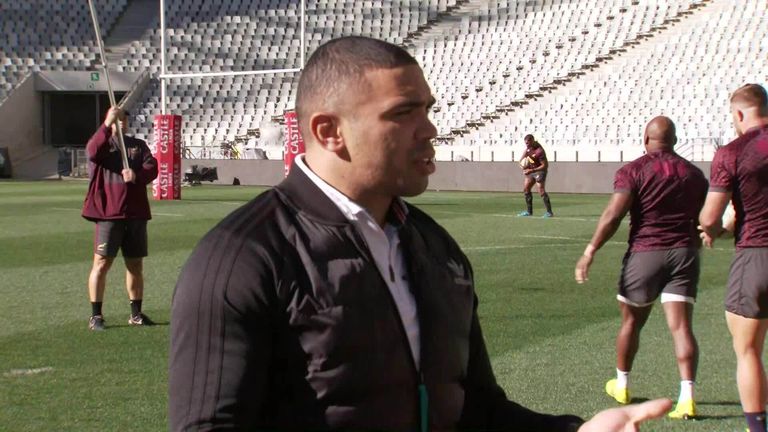 "We met the three officials who are officiating on the weekend. We went through everything that's happened up to date. They were reluctant to pass any opinion on what's happened.

"They're aware of it and they're confident in the communications they'll have on the weekend that between the four of them, they'll come to the right decision.

"The role of the TMO….his say is pretty final with regards to communication between him and the referee. It's a very important position. I'm sure there will be no issues on the weekend.

"The impression I got really was that they wanted to move on and that they trust in their own decisions and communications and the understanding between the three of them, so hopefully that will come to the fore on the weekend."