A suspected electrical fire near the team's hotel forced the players and staff to be evacuated and relocated to alternative accommodation; The disruption came on the same day Joe Marler withdrew from the camp following a positive Covid-19 test

England's 2022 Six Nations preparations suffered further disruption on Tuesday after the team were evacuated from their hotel following a nearby fire.

A suspected electrical fire originated in a manhole on Tuesday evening outside the hotel Eddie Jones' team are staying at for their pre-tournament training camp in Brighton.

It led to the players and staff being evacuated and they were subsequently relocated to an alternative hotel, with all being calm and well within the squad.

"We were called at 18.00 today (25 Jan 2022) to reports of flames and smoke coming from a manhole," East Sussex Fire and Rescue Service said in a statement.

"Nearby buildings have been evacuated and a cordon is in place. There are no reports of injuries. Steady progress is being made but it may still be several hours before the incident draws to a close.

"The cause hasn't been confirmed however it's being treated as an electrical fire."

The latest disruption came on the same day Joe Marler was forced to withdraw from the five-day camp in Brighton after testing positive for Covid-19 in the morning.

The prop returned the positive test on Tuesday morning and immediately went into isolation, with a PCR test confirming the earlier result. No other players or staff have tested positive, and England are not expected to call up a replacement.

"Joe Marler has tested positive for Covid and has withdrawn from the England squad for this week's training camp in Brighton," a statement from the RFU said.

"After returning a positive lateral flow test on Tuesday morning, he immediately went into isolation. A subsequent PCR test taken that morning confirmed the result.

"All of the other England players and staff have undergone daily lateral flow testing - all of which returned negative results."

May waits on specialist's verdict

Meanwhile, Jonny May's participation in England's upcoming Six Nations campaign hinges on a visit to a specialist this week, with the Gloucester wing set to miss at least the opening two rounds of matches

An ongoing knee problem has got progressively worse, resulting in his absence against Perpignan in the EPCR Challenge Cup on Saturday and subsequent withdrawal from Jones' 36-man training squad.

May has been an ever-present under Jones since 2017 and is an influential member of the backline, creating a highlights reel of spectacular tries, but he now faces a race against time to be involved in England's title quest.

"Jonny's seeing some people this week, but it will definitely be a good couple of weeks," Gloucester head coach George Skivington said. "He's seeing the best of the best.

"He's had a niggle for a little while and it kept him out of one game a few weeks ago. It's just been chipping away, and it got to a point where it wasn't great, so we decided to get it investigated.

"Once we know exactly what the story is, we'll have a better idea about the injury. It would have been one incident a few weeks ago, but he's been managing his way through it, as generally speaking senior players do, and it just got a little too much."

The February 26 showdown with Wales at Twickenham is the earliest he will be back, but the country's second most prolific try-scorer behind Rory Underwood could also be looking at a lengthier lay-off.

Elliot Daly, who can provide cover on the wing as well as at full-back and in the centre, was drafted into the England squad for this week's training camp in Brighton following May's withdrawal. 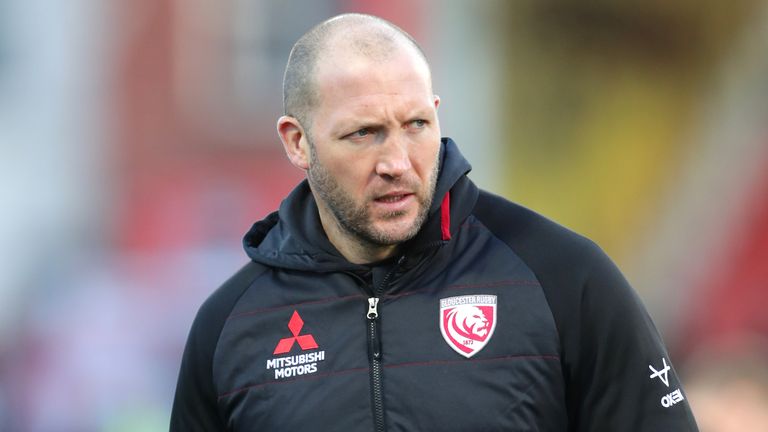 If he can back involved in the Six Nations then great. It's unfortunate for Jonny because we'd like to see him playing for England.

Freddie Steward, Jack Nowell and uncapped pair Ollie Hassell-Collins and Tommy Freeman are also options Jones currently has at his disposal to play out wide if May misses the entire tournament, although Skivington remains optimistic the 31-year-old will be able to play some part.

"There aren't too many who will nail their rehab like Jonny. He's on it every day anyway when he's fully fit, doing all his pre-hab. When he comes back, I'm sure he'll be absolutely flying."