Northampton Saints' Tom Wood captained the club to glory in the 2014 Gallagher Premiership and European Challenge Cup finals and earned 50 caps for England during his time with the club; he has enjoyed a 15-year Premiership career since making his debut for Worcester Warriors in 2007

Former England international Tom Wood has announced he will be hanging up his boots at the end of the 2021/22 Gallagher Premiership season.

The 35-year-old has enjoyed a stellar 15-year career in the Premiership, first with Worcester Warriors and, since 2010, with Northampton Saints where he has amassed 240 appearances.

Wood has, however, been out of action since suffering a shoulder injury which subsequently required surgery in the East Midlands derby defeat to Leicester Tigers in February and has now decided he will call time on his playing days when his contract expires next month.

"Obviously, retiring is a difficult and emotional decision for any player," Wood said. "I've not been able to make as much of a contribution on the pitch as I'd have liked this season due to injury, but that's the nature of professional sport.

"I'm very proud of my playing career with both Saints and England, and I want to thank all of Saints' supporters who have embraced me during my time here.

"Having worked hard in recent years to set myself up for life after rugby, I'm excited for what the next chapter has in store."

Wood, who made his Premiership debut with Worcester in 2007 and spent an early part of his career playing for North Otago in New Zealand, has become a club icon at Northampton since joining them 12 years ago. Obviously, retiring is a difficult and emotional decision for any player...Having worked hard in recent years to set myself up for life after rugby, I'm excited for what the next chapter has in store.

Highlights of his time at Franklin's Gardens include captaining the club to a maiden Premiership title in the 2014 final and European Challenge Cup final glory eight days earlier, along with being part of the team which won the 2019 Premiership Rugby Cup.

The 2011 Premiership player of the season earned 50 England caps while playing for the Saints too, featuring for the national team since making his debut against Wales in Cardiff during the 2011 Six Nations, and former England head coach Stuart Lancaster paid tribute to Wood as well.

"It was a privilege to have coached Tom for a large part of his international career," current Leinster senior coach Lancaster, who was in charge of England from 2011 to 2015, said.

"He was tough, uncompromising, and skilful and held himself and others to the highest of standards. I have particularly fond memories of his captaincy during the Argentina tour in 2013 where he was exceptional in leading a younger team and helping them achieve their potential.

"His longevity as a player is a testament to his professionalism and commitment and I am certain with all the qualities he has, whichever path he chooses next, he will have success."

Wood may still have an opportunity to finish on a high with Northampton if the club can secure a place in the Premiership semi-finals on the final day of the regular season, which sees them host Newcastle Falcons on Saturday.

But whether he is passed fit to feature in any potential remaining fixtures this year or not, outgoing Northampton director of rugby Chris Boyd is full of praise for what Wood has contributed to the team.

"In my tenure at Saints, Woody has brought a massive amount of experience and leadership quality to our group - not to mention giving 100 per cent every time he plays," Boyd said. 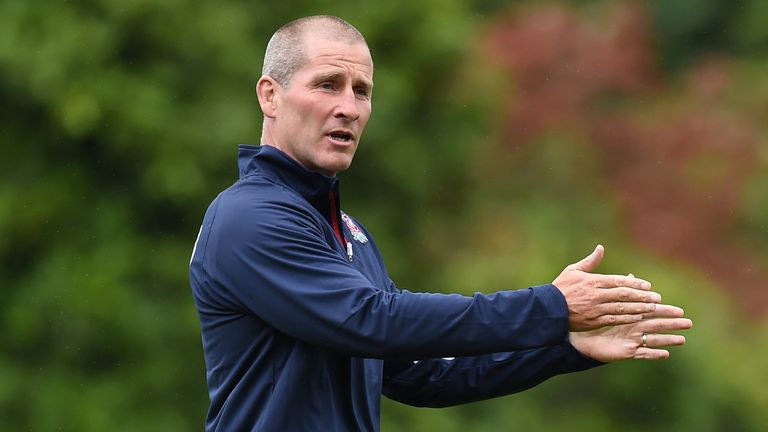 It was a privilege to have coached Tom for a large part of his international career. He was tough, uncompromising, and skilful and held himself and others to the highest of standards.

"You can't overstate the contribution he's made on the field, and if you look at his entire career in Northampton, there aren't many people who have done more for the jersey in the history of the Club.

"In any organisation - elite sport or otherwise - it is so important to have people within that are deeply, emotionally connected to that organisation.

"Woody's that sort of guy; he's been an incredible competitor and the ultimate team man, and I know everyone at Franklin's Gardens wishes him the very best for his retirement."