RFU confirm Newcastle Falcons to be promoted back to Premiership

The Rugby Football Union (RFU) have announced Newcastle Falcons will be promoted from the Greene King IPA Championship to the Gallagher Premiership next season.

Newcastle were top of the Championship table, having won all 15 of their matches, when the RFU decided to end the season last month due to the coronavirus pandemic. Ealing Trailfinders were 18 points behind, having played one match fewer than the league leaders.

The final league positions will be calculated based on a "best playing-record formula". The RFU said the final league tables would be available on Friday. This will also apply to leagues throughout the men's and women's community game.

Newcastle chairman Semore Kurdi insists there will be no celebrations in the current climate.

"These aren't the circumstances under which any team would want to be promoted, but we thank the RFU for reaching a quick and decisive conclusion," said he told Newcastle's official website.

"We fully appreciate the bigger picture with regards to the ongoing pandemic, and how sport pales into insignificance during times of national emergency.

"With that in mind there is no real sense of celebration at the confirmation of our promotion - our thoughts just go out to everyone who has been affected by the whole situation."

The RFU also announced the 2019/20 season for the Tyrrells Premier 15s will be declared null and void.

Saracens Women had been top of the league after winning all 12 of their games to date and held a two-point lead over Harlequins Women when the league was suspended.

The RFU said in a statement: "Following the early end of the rugby season in England as a result of COVID-19, The RFU is today announcing the final league positions for the Greene King IPA Championship, Tyrrells Premier 15s and men's and women's community game.

"Proposals from the RFU governance committee to conclude the season for those leagues at both professional and community level were yesterday ratified by the RFU Council.

"It was agreed that final standings for the Greene King IPA Championship and men's and women's community game would be calculated on a best playing record formula, maintaining promotion and relegation for those leagues. The Tyrrells Premier 15s season has been declared null and void as there is no promotion or relegation in this league."

A row erupted last month when Ealing director of rugby Ben Ward told the Rugby Paper his club were taking legal advice over the suspension of the Championship season.

"We believe that the decisions made provide fair and balanced outcomes for the game and maintain the integrity of the competitions," Wheeler said.

"We have listened to recommendations from the heart of the game and the approach has been ratified by the RFU Council.

"This has been a difficult decision to make in the most unprecedented of circumstances. There is no single solution that will suit every club, but the approach taken is one that we believe best reflects the nature of league rugby in England. 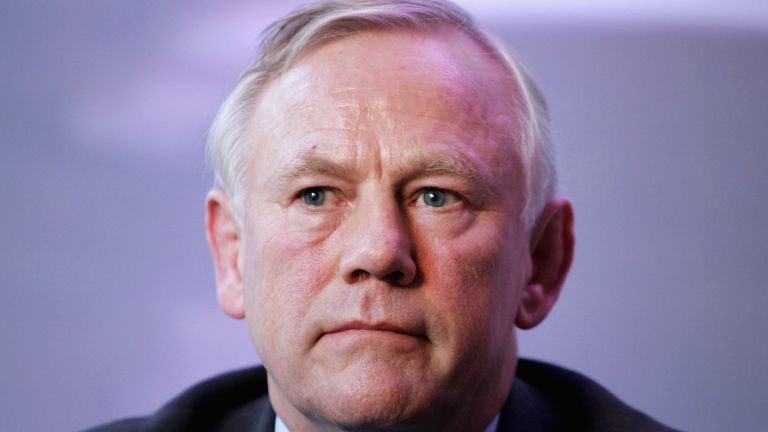 "This has been a difficult decision to make in the most unprecedented of circumstances. There is no single solution that will suit every club, but the approach taken is one that we believe best reflects the nature of league rugby in England."

"With 80 per cent of the season complete for the community game, we believe our approach is fair and the right one for our leagues.

"We have clubs that are clear league leaders and those who have said they would benefit from relegation to play more meaningful rugby."

Despite Newcastle's 18-point lead, Ealing fly-half Steven Shingler insists the outcome of the Championship season was not a foregone conclusion and he feels the Falcons appear to be getting preferential treatment from the RFU.

"To hear Newcastle are going up, it seems like there is one rule for one and one rule for another, but having said that they probably deserve to go up.

"I would have just loved to have another crack at them. We felt we were probably the better side at home, albeit they beat us with a bonus point, so it sounds a little bit naive and silly saying that.

"It is mainly just to challenge ourselves again. We have gone undefeated since the turn of the New Year so the opportunity to play a Premiership side and the best side in the league was one I was looking forward to.

"We are in good form and in sport things can change quickly. With them obviously being 18 points clear it seemed a big gulf but we had a game in hand against Yorkshire. We felt we were on a really good roll and we could have probably turned them over.

"So to deny us that chance is obviously a little bit disappointing."