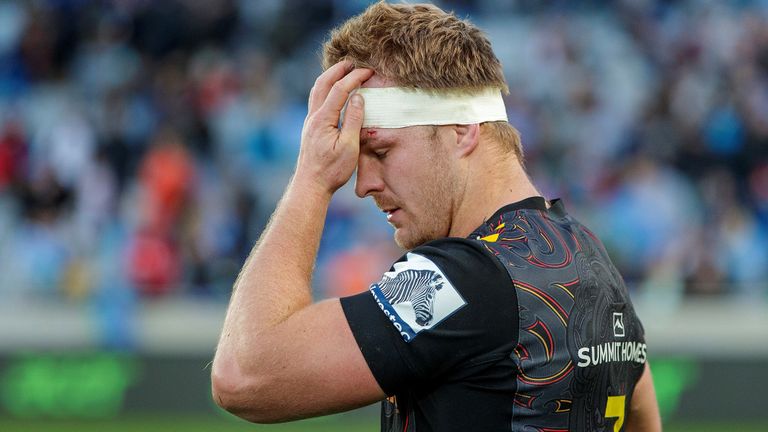 Sky Sports Rugby's Will Greenwood discusses New Zealand head coach Ian Foster's decision to name Chiefs flanker Sam Cane as All Blacks captain, and whether he was right to.

Foster, who became head coach following the 2019 World Cup in Japan, announced in May 2020 that Cane was to succeed Kieran Read as All Black skipper - the latter retiring from international rugby after the World Cup.

Cane, 28, has appeared in 68 Tests since making his debut against Ireland in 2012 aged 20, but since being confirmed as skipper, has been on a losing run with his club the Chiefs - one which stretches back seven games.

Such a row of defeats is record breaking for the Super Rugby outfit, having eclipsed six-game losing runs in 1998-99 and 2008-09.

In addition to that, back-row flanker is a particular position of strength in New Zealand rugby, both historically and currently. As such, the decision to name Cane as captain has been called into question.

Speaking on the latest episode of the Will Greenwood Podcast, host Rupert Cox asked Greenwood if Foster had potentially jumped the gun in relation to publicly naming Cane.

Greenwood agreed, saying: "I'm always slightly staggered when you announce a captain, and not know when the next Test match is coming.

"I just think it makes a rod for your own back.

"I get it - it's a huge statement and a great message of support, but when is the next New Zealand game? When is it due to be played?

"We don't know. So why pick a captain?

"All you're doing is heaping pressure on a bloke who is in a team which is not winning.

"And he has everyone watching him going: 'He's not an All Black captain.'

"A team is the sum of the individuals. That team aren't winning, he's [Cane] in it, and with that, he ends up being the second best seven on the pitch every time he plays."

To listen to all of that and much more - including hearing from England and Gloucester wing Jonny May - click play above to hear the latest episode of the Will Greenwood Podcast.