Dai Young left Wasps in February last year after nine years as director of rugby; The 53-year-old is back at Cardiff Blues as interim rugby director until the end of this season; The Blues face the Scarlets in the PRO14 on Friday

Dai Young says he has "nothing but fond memories" of his time at Wasps as the Welshman prepares for his first game back in charge at Cardiff Blues.

Young guided Wasps to the 2017 Premiership final and made them consistent title play-off challengers.

But he departed last February after nine years at the helm, with Lee Blackett - one of Young's coaching staff - then steering the Coventry-based club to another Premiership final appearance following a rapid rise up the league table.

"We all know that Wasps was a journey and I have got nothing but fond memories on what happened at Wasps.

"I am still a Wasps fan. There are no grudges from me. 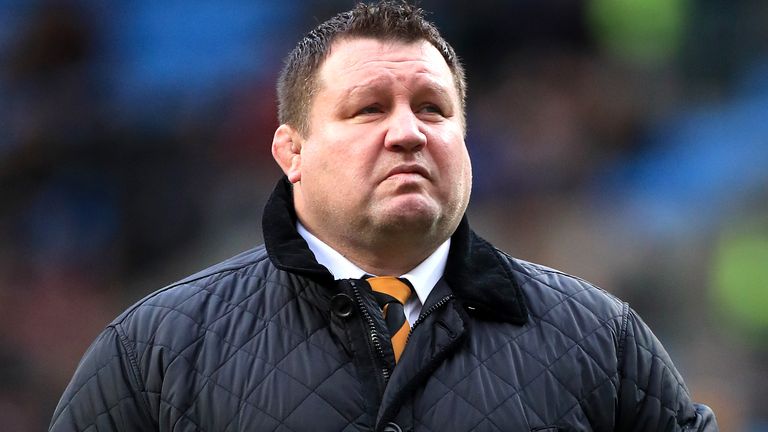 When you see them go to the final, I would loved to have been a part of that. I would be a liar if I said I wouldn't.

"I would love to have been a part of it at the end - who doesn't want to go to a final? - but there are certainly no bad feelings from me.

"Sixteen years as a director of rugby [with the Blues and Wasps] does take its toll.

"I needed a break, really. I did feel a little bit burnt out, if I am honest. I needed a little bit of time to refresh myself and recharge the batteries.

"We had started turning the corner, pretty much. We had won two of the last three games in the league and a lot of players were coming back who hadn't played a lot.

"I was always confident that we would be comfortably in the top six [last season]. I wouldn't have put my house on us being in the top four, if I am honest, but they really kicked on.

"Of course, when you see them go to the final, I would loved to have been a part of that. I would be a liar if I said I wouldn't."

Young is now at the Blues helm once more, appointed as interim rugby director until the end of this season, following head coach John Mulvihill's departure from the Arms Park earlier this month, and he takes charge for Friday's PRO14 derby against the Scarlets.

During his first stint with the Blues, Young oversaw European Challenge Cup and Anglo-Welsh Cup final triumphs and a permanent appointment in the coming months is widely expected.

"I am really enjoying being back," he said.

"Both parties are not going to rush into it too much. I am just enjoying being back involved in rugby."