No 8 Vunipola missed out on the 2017 Lions tour due to injury, but is determined to be part of this year's squad; "Throughout this Six Nations I want to put myself in that shop window and show that I can perform at the highest level," he said

Billy Vunipola insists England must hunt down Scotland in search of British & Irish Lions places as well as the prize of a successful start to the Six Nations.

Four years ago, Vunipola was forced to withdraw from Warren Gatland's New Zealand-bound squad because of a shoulder injury, but in 2021 he remains a strong contender to face South Africa as first-choice No 8.

A decision on what format the tour will take, or if it will even go ahead, is expected in mid-February as administrators wrestle with the complications of the coronavirus pandemic, but Lions selection remains a prized goal.

Scotland's stars know a first win at Twickenham since 1983 next Saturday would do wonders for their own claims, but Vunipola is determined to bulldoze them out of contention.

"A lot of people are afraid of saying, 'I want to go on the Lions tour' and making that clear, but that's one of my goals," Vunipola said. "Throughout this Six Nations I want to put myself in that shop window and show that I can perform at the highest level.

"I know there are no crowds, but Warren Gatland puts a lot of weight in playing well for your country, but also playing well away from home.

"We know Scotland are going to come here and give it their best shot and we know we have to be ready for this game because we all want to be on that plane. 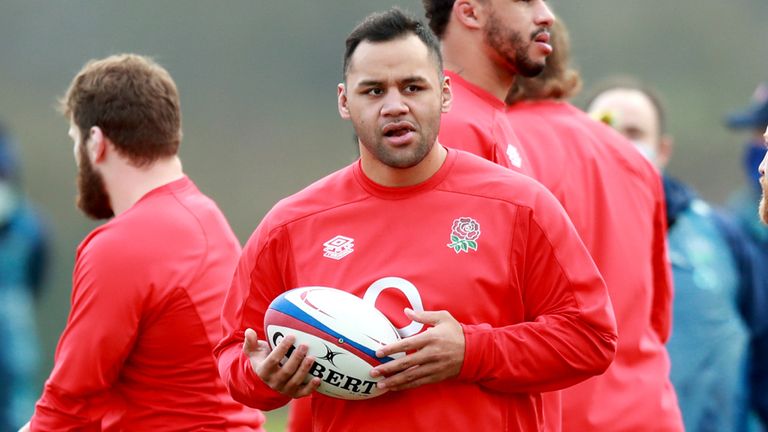 A lot of people are afraid of saying, ‘I want to go on the Lions tour’ and making that clear, but that's one of my goals.

"We know that to get one over on a team away from home is massive, so we've got to be ready and prepared to bulldoze teams and not just sit back.

"I'm keen to go on that plane and play for the Lions. If it does go ahead, it goes ahead, but my main focus is playing really well for England. That's the only thing I can do."

England enter the Six Nations as champions with the aim of emulating 2017 when they successfully defended the title.

"We've kind of got a target over our heads and everyone is trying to build us up as favourites, which is fine," the Saracens back row said.

Jones: Marler's England career not over

"We've got to take that mantra on and keep playing the way we play. We've got to be ready for what teams are going to bring and that's what we're preparing to do.

"The biggest lesson from 2016 and 2017 is to not get bored of winning. After that 2017 year when we could have gone back to back, we lost five games in a row and it was tough to get out of that rut.

"It's about not using winning as an excuse not to be a better player or a better team."