Maro Itoje fired a warning shot from history to brace the British and Irish Lions for a backlash from South Africa as they look to complete a famous series victory over the world champions.

Itoje insists "we know they are coming" in anticipation of the ferocity the Springboks will bring to Cape Town Stadium on Saturday after the Lions showed resilience to battle back from a 12-3 interval deficit to triumph 22-17 in the first Test.

Prominent in Itoje's mind is the lesson of two decades ago when Martin Johnson's men crushed Australia in the opening match only to lose the series 2-1.

"There's so much growth in this team and game by game we're getting better," said Itoje, who was named as the series opener's man of the match after a towering display in the Lions' second-row.

"We're learning lessons so I think there is more to come from us, but the onus is on us to look at what we've done.

"Obviously this was a great win, but I'm a man who likes to look at history and see how other tours have unfolded.

"Looking at the 2001 Tests in Australia, they won the first Test quite convincingly and then went on to lose the next two.

"Winning a Test match with the Lions is rare. We only play once every four years and it's unique, but this win will mean nothing unless we go out and win next weekend.

"So while this is a great win I'm proud to be part of, we know that we need to do a job next weekend. That's when it really counts.

"We're happy but we know that we need to be better and stronger. The Springboks....we know they are coming.

"South Africa are a very proud rugby nation. I know they are big on analysis, they'll look at that game a lot, pick up trends, pick up ways they can improve.

One of the great comebacks in Lions history appeared an unlikely prospect as Handre Pollard punished their indiscipline from the kicking tee to propel South Africa into a promising lead.

But in a turn of events that bodes well for the tourists' prospects in the second Test, they emerged from the interval with a renewed sense of purpose to expose vulnerabilities in the world champions, whose build-up was disrupted by a major outbreak of coronavirus.

"The first half we came out with a decent intensity but not probably the intensity we needed to," Itoje said.

"But most importantly, or to our detriment, we were giving away a lot of silly penalties, we weren't really being as disciplined as we needed to be.

"And the second half we just flipped it on its head, we came out with a higher intensity and we kept our discipline a lot more and as a result we were able to put more pressure on them. 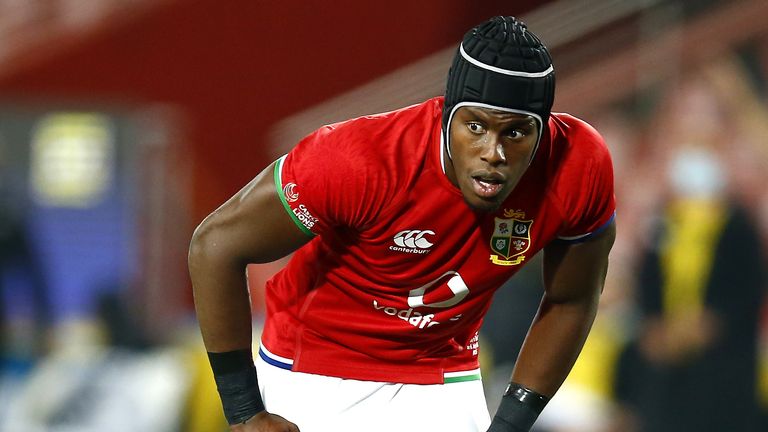 "At half-time we just had to trust ourselves a bit more, trust our systems and increase the intensity.

"Often when you're in that situation you have two choices - either continue what you're doing and just watch the scoreboard get away from you or put up your sleeves and try and turn it around. We tried to do the latter and fortunately for us it was successful."

Itoje's only disappointment from the evening in Cape Town was the absence of Lions fans to witness an accomplished victory after the coronavirus pandemic dictated that all matches in South Africa must be played behind closed doors.

"It's of course different, it's undeniable that it's different. If it was normal times Cape Town would have been absolutely bouncing. I'm quite sad that there were no fans in the stadium," Itoje said.