Owen Farrell expected to miss between 10 and 12 weeks with ankle injury suffered against Australia; England captain will undergo surgery and faces race to be fit for opening game of Six Nations against Scotland on February 5; Jamie George also ruled out for up to 10 weeks with knee injury

Farrell is expected to be out for between 10 and 12 weeks, meaning he faces a race against time to be fit for England's opening game of the 2022 Six Nations against Scotland on February 5.

Saracens also revealed that England hooker Jamie George is set to miss between eight and 10 weeks with the knee injury he suffered in the same game against Australia.

While both Farrell and George should be able to return in time for at least the majority of England's Six Nations campaign, they could miss a number of Premiership and European Challenge Cup fixtures for Saracens.

The club did have better news on Elliot Daly and Billy Vunipola, however, with both players returning to training ahead of Friday's Premiership Rugby Cup trip to London Irish.

Daly and Vunipola had been regulars for England in recent years but were dropped from the squad ahead of the Autumn Internationals by head coach Eddie Jones.

Blamire, Marchant in for England; Lawes captain vs SA

Jamie Blamire and Joe Marchant will start for England against South Africa on Saturday, while Courtney Lawes will captain the side at Twickenham.

Head coach Eddie Jones makes two changes to his starting XV from last week's 32-15 win over Australia at Twickenham, with Newcastle Falcons hooker Blamire coming in for the injured George and Harlequins' Marchant starting on the wing.

With Marchant starting out wide, Manu Tuilagi makes the positional switch from wing to centre to replace Farrell. 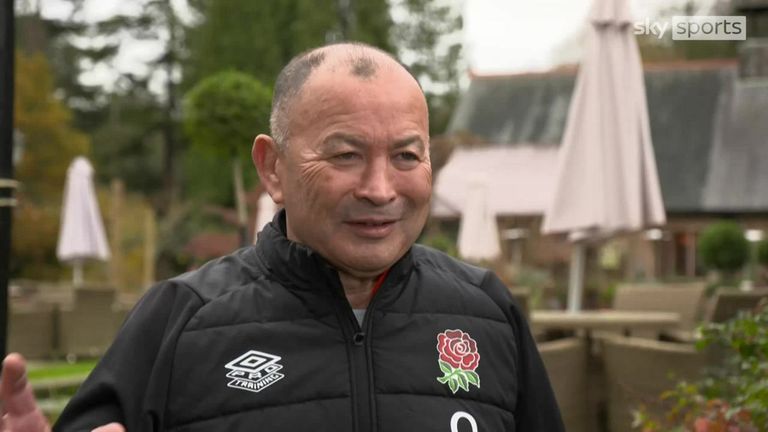 Among the replacements, a final change to the squad sees uncapped Australian-born hooker Nic Dolly included, while Jones persists with a 6/2 split of forwards to backs as lock Charlie Ewels and back rows Sam Simmonds and Alex Dombrandt remain.

The rest of the starting team is unchanged, with Leicester full-back Freddie Steward combining with Marchant and Jonny May in the back three, and Henry Slade partnering Tuilagi in midfield.

Scrum-half Ben Youngs will earn his 112th Test cap as he starts alongside fly-half Marcus Smith, while Kyle Sinckler forms the front row at tighthead with Rodd and Blamire.

Maro Itoje and Jonny Hill start again in the second row, with skipper Lawes at blindside flanker, Sam Underhill at openside and Tom Curry once again at No 8.