Australia to host Rugby Championship as New Zealand misses out

Australia will host this year's Rugby Championship in November and December after a late change of mind by governing body SANZAAR.

The tournament had been expected to be staged in New Zealand but organisers decided to move the event because of Australia's more relaxed quarantine requirements.

New Zealand will instead host two Bledisloe Cup matches against Australia in October.

Chief executive Andy Marinos said SANZAAR had been "meticulous" in assessing New Zealand and Australia's bids to host the event, but said the latter was "the most desirable and workable in terms of tournament logistics". 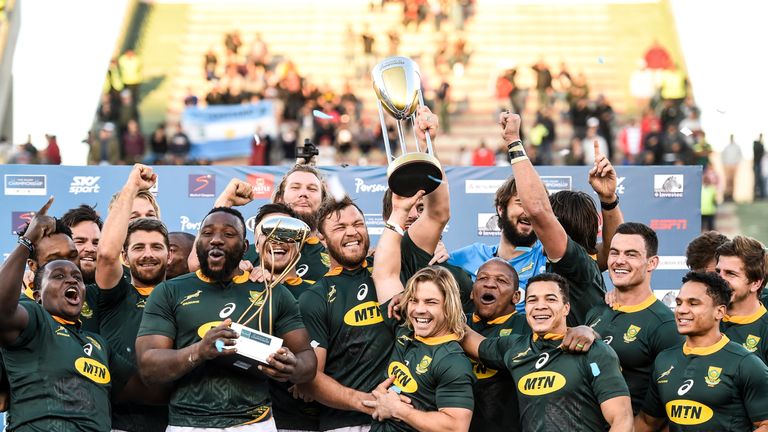 Twelve matches will be played over six weeks from November 7 to December 12 in the states of New South Wales and Queensland.

However, Rugby World Cup winners South Africa have still not confirmed their participation.

"The Springboks' participation will be dependent on the relaxation of that suspension as well as overcoming a number of other logistical challenges including the opening of international air borders," said Marinos.

"South Africa is only expected to return to competitive play next month, leaving a relatively short time to prepare."

The news comes after Argentina coach Mario Ledesma and two Premiership Rugby players became the latest members of Argentina's squad to test positive for coronavirus, which has so far hit 11 players at their base in Buenos Aires.

Ledesma's assistants Nicolas Fernandez Miranda and Juan Martin Fernandez Lobbe, a former Sale Sharks forward, were also found to have Covid-19, the Pumas said in a statement on their website.

"Those infected were isolated, are asymptomatic and in good health," the statement added.

Forward Javier Ortega Desio was the first member of the 46-man squad to test positive for the virus, which has infected 11 players at the camp in Buenos Aires where they are training ahead of the Rugby Championship.