Ben Te'o starts at inside centre in a much-changed England team to face South Africa on Saturday, with George Ford named on the bench.

Dylan Hartley returns to bring some much-needed experience to the pack, with fellow co-captain Owen Farrell at fly-half and Newcastle's Mark Wilson at No 8.

Te'o is given the nod over Tuilagi in midfield despite playing just 28 minutes for Worcester this season following thigh surgery. He partners Henry Slade with Tuilagi alongside George Ford and uncapped pair Ben Moon and Zach Mercer on the replacements bench.

Hartley is back after missing June's series defeat to the Springboks due to concussion issues and he comes into a forward pack that contains four players with fewer than 10 caps. 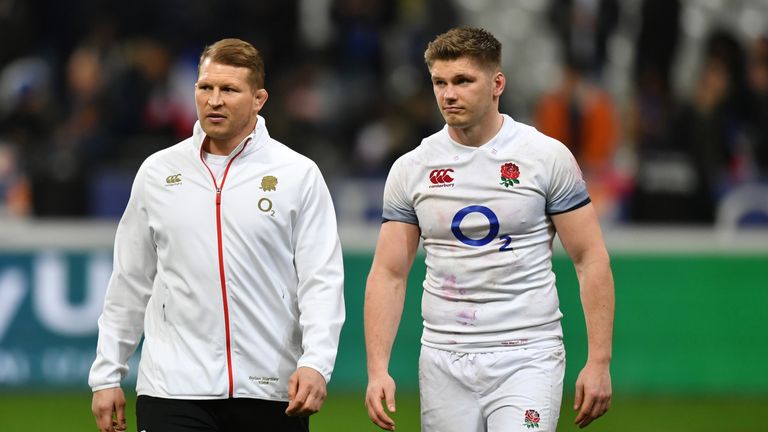 That includes Exeter loosehead Alec Hepburn, who makes his first start, and the entire back row as Wilson is handed the No 8 shirt in Billy Vunipola and Nathan Hughes' absence.

Maro Itoje partners Saracens team-mate George Kruis in the second row while Elliot Daly continues at full-back, having started at 15 for all three Tests against the Springboks in June.

Jonny May and Jack Nowell are named on the wings, with Chris Ashton missing out on a place in the match-day squad.

"We've become very well organised in our set piece and have done a lot of good work in Portugal over the last week," said England head coach Eddie Jones.

"We have put in a new defence system and our attack looks more organised than it was on the South Africa tour."

England have lost 11 of their 21 Test matches against South Africa at Twickenham, although they were 37-21 winners when the teams last met there in 2016.

"Against South Africa you have got the physical battle up front and then you have to be tactically smart in how you attack against them," said Jones.

"We need to find ways to gain momentum, then once we find momentum, convert that to points."