"He is going to finish the game for us, and have an equally important role as when he was starting" 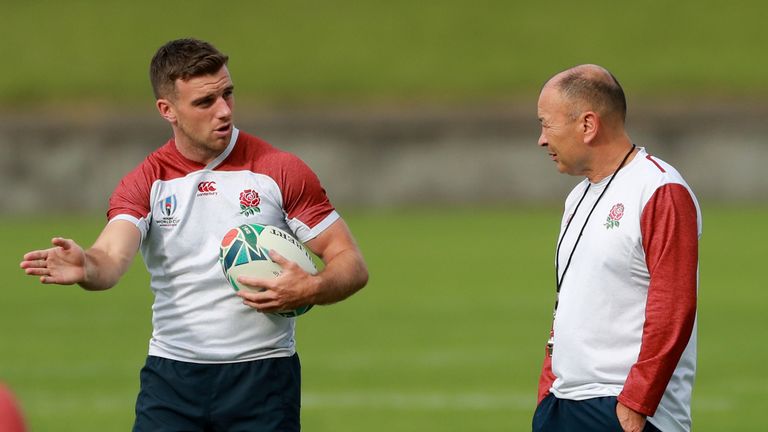 Jones sprang a surprise when he named his side for the match, moving Owen Farrell to fly-half - despite the fact Ford had impressed at number 10 in the pool matches.

However, Ford is likely to figure in the second half at the Oita Stadium and Jones says the Leicester playmaker understands the decision.

"We don't see it as dropping," Jones told Sky Sports News. "I know the media does - but we see him as playing a different role.

"He is going to finish the game for us, and have an equally important role as when he was starting.

"We have a number of other players in our squad of 31 who are disappointed, but they are all professional enough.

"Everyone has got a role to play on the Saturday, even our guys outside the 23.

"George understands the role he has to play. Obviously he would have liked to start but he is coping with it well."

Farrell's switch of position means Henry Slade will partner Manu Tuilagi in the midfield, while Billy Vunipola is fit to line up at number eight, despite having picked up an ankle injury against Argentina. Vunipola said: "Basically, I just had to get through a few sessions, seeing if I could get through the pain.

"The pain isn't too much, so I am ready to go and hopefully on Saturday, I can add to the boys.

"When I did it, I felt like I could play on, but I think the shock of it happening to my ankle kind of switched all my muscles off.

"I felt like I was running without my foot and that made it difficult - but I always had a good feeling about it."