Scotland's three-Test tour of Argentina vs Pumas: How to watch live on Sky Sports

Scotland's three-Test tour of Argentina is exclusively live on Sky Sports; read below about how and when you can watch the deciding Test against the Pumas, coverage is live on Sky Sports Action from 7.30pm on Saturday (kick-off at 8:10pm)

Everything you need to know and how to watch Scotland’s final match of their three-Test tour of Argentina, exclusively live on Sky Sports.

When is Scotland's remaining fixture?

What's happened so far in Argentina? 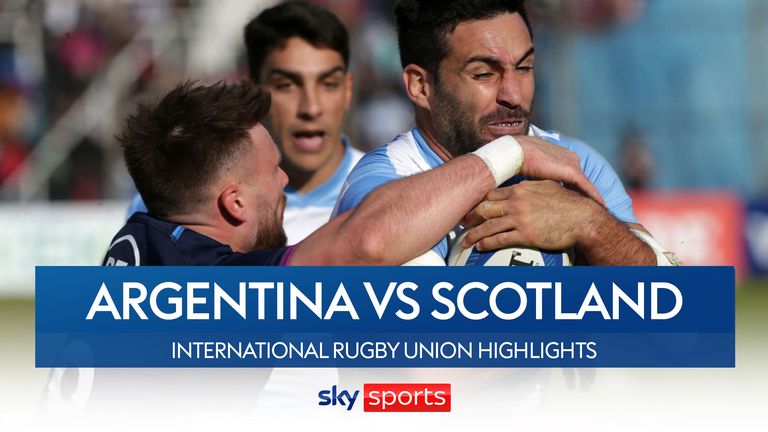 During the first Test, Scotland's second-half rally was in vain as Argentina sealed a hard-fought 26-18 win in Jujuy.

Tries from Jeronimo De La Fuente, Santiago Carreras and Gonzalo Bertranou were enough to give the hosts victory against Gregor Townsend's team in the first match in charge for their new head coach Michael Cheika.

Scotland responded by blowing Argentina away in Salta with a strong second half performance to level the series.

Head coach Gregor Townsend warned Los Pumas that Scotland were just "scratching the surface" and that there's a better performance still to come from his side.

Who is in Scotland's squad?

Captain Stuart Hogg and talisman Finn Russell have been left out of this summer tour. The pair have played a lot of rugby over the past year and were part of the British and Irish Lions squad last summer.

However, both were also among a group of six players involved in a disciplinary issue following the Italy match in the Six Nations in March.

As well as Scotland's deciding Test on Saturday, Sky Sports are showing the series deciders taking place for Ireland in New Zeeland, England in Australia and Wales in South Africa.