South Africa-born Kleyn earned his first Ireland cap in August just two days after qualifying on residency, and has since edged out stalwart lock Devin Toner to head to the World Cup in Japan.

Munster centre Farrell hailed Ireland's overseas-born nucleus for uprooting their lives and not only claiming success on the field, but also forging an integral part of their new communities.

Stander is an honorary international ambassador for Limerick and now declares the town home, while Farrell said Auckland-born Aki has worked hard to make himself part of the Galway fabric in his time with Connacht. 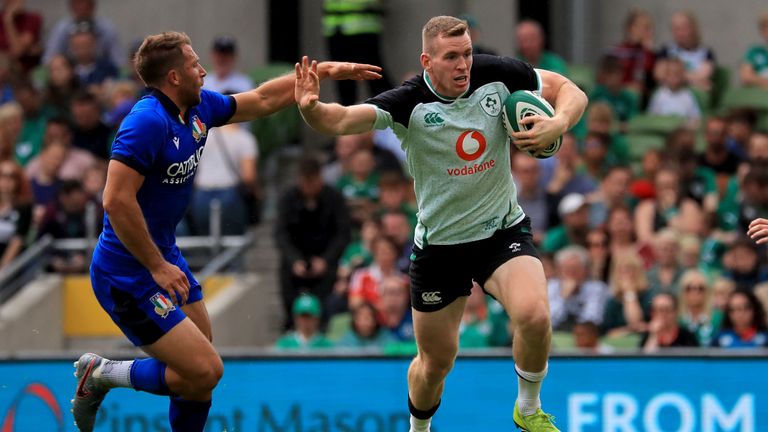 People from Ireland have a proud history of having the bravery to move around the world, we've been doing it for years and years. So maybe it that makes them a little more Irish for doing the same.

"Bundee and CJ, in particular, have done so much for not only Irish rugby but their provinces," said Farrell.

"I've walked down the streets of Galway with Bundee and it's chaos, he's such a leader down there and has done so much for the province.

"CJ is no different in Munster, they've been here for a long, long time and their families have grown up here. CJ has had a baby girl here and they really have fitted in so well.

"They add so much to the team and Jean Kleyn will be no different, especially as he settles in for a longer period. I think it's fantastic to have them.

"People from Ireland have a proud history of having the bravery to move around the world, we've been doing it for years and years.

"So maybe it that makes them a little more Irish for doing the same."

Farrell knows all about the courage required to up sticks and start again, having risked every chance of a Test career by leaving his native province Ulster for Grenoble in 2014.

The 26-year-old made peace with the fact he expected to relinquish any chance of representing Ireland when he moved abroad.

But rather than end his Test opportunity, three years in France proved his very making. Farrell returned to Ireland and Munster more mature, battle-hardened and ready for international rugby and all its rigours.

Now he has forced his way into boss Joe Schmidt's final 31-man World Cup squad, in which he will also likely play a crucial role.

Ireland will launch their Pool A campaign against Scotland in Yokohama on September 22, with Farrell itching to get cracking.

"As soon as I went to France I thought the dream of playing for Ireland had gone," said Farrell, speaking on behalf of Vodafone.

"It has kept that portfolio of 'never thought it would happen' growing to this point.

"Hopefully that continues and I can make more of those. It's been an unbelievable journey. It really makes the decision to come back to Ireland worthwhile.

"One hundred per cent, going to France was the making of me, getting out of my comfort zone. I learned so much in France. It was all down to game time.

"You don't learn unless you are out there playing, being put in situations you are uncomfortable with, learning on the go.

"That was massive to the making of me. I always consider my time in France the part of my career which made me who I am today, made me the player I am today. That's definitely part of what has got me here."