CJ Stander, who toured with the British and Irish Lions to New Zealand in 2017 and became a Test Lion, chats team selection for the series-deciding third Test, the prospect of Bundee Aki vs Damian de Allende, the antics of his former coach Rassie Erasmus, and his prediction for Saturday. 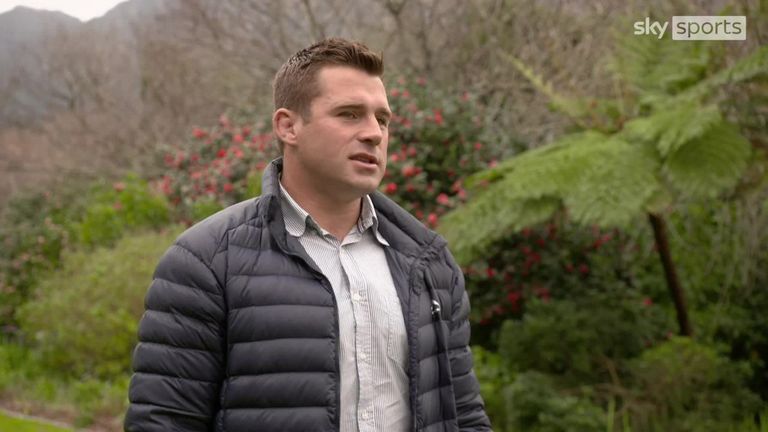 Stander, a Test Lion on the tour to New Zealand four years ago, shocked Irish rugby by retiring at the end of last season, aged just 31.

The former Munster No 8 picked up 51 caps for Ireland between 2016 and 2021, while he also represented Munster on 156 occasions.

Speaking exclusively to Sky Sports in South Africa, Stander first spoke team selection and the tantalising match-up in the centre of the Lions' Aki and the Boks' De Allende...

"Robbie [Hensshaw] and Bundee [Aki] know each other very well, from Connacht and going through to Ireland," Stander told Sky Sports.

"I've played with them, and I think if you look at the games, the centre is probably where the Springboks got most of their metres and physicality into the game.

"Gatland has probably said: 'Look, these two guys know each other, lets stop them [SA] there and then they won't play around us.

"It's a great match-up and that's what the game is about.

"I think it's [Lions forwards selection] to keep that consistency in the lineout. They know each other, and the back-row especially is working well.

"Jack Conan is playing unbelievable - in that first Test he made more metres than anyone else - and the guys around him in Lawes - a physical guy who goes after the ball - and Curry - who just runs around the park with big work-rate.

"Consistency is really important in the pack to keep the lineouts going, the scrums as well, and the physicality."

Between 2016 and 2017, current South Africa Director of Rugby Rassie Erasmus - a man firmly in the headlines throughout this Lions series - was Stander's coach at Munster in Ireland.

As such, Stander has interpreted Erasmus' antics as a ploy to take pressure off the Springboks players.

"Now that I'm sitting back, I'm seeing those things more. When you're playing, you try not to bother yourself with that," he said.

"One thing I remember, playing for Rassie, is that he's a guy that if he coaches you, he backs you. And I think he's taken the pressure away from the players.

"I'm not going to comment on if it's right or wrong, but he has taken the pressure away from the players firstly, and that's probably his number one priority.

"When he was at Munster, we actually enjoyed that.

"If you think about it, the year we had in 2016/17 and all the things that happened, he took the pressure away from us and we could concentrate on the game."

"There are changes to the teams, but I don't think there are going to be a lot of changes in the way the teams play.

"I think it's going to be an aerial battle, physicality number one, and the benches are going to be vital, like last week.

"Both teams have to fire a shot somewhere.

"I don't think it's going to be an expansive game, but these type of games you have to win, so you have to play the game that works.

"Now that everyone has tested each other out, I feel the Lions will have it, 21-17."