Lions coach Gatland was frustrated by South Africa's success in slowing the game down in a second Test that saw each half last over an hour because of repeated stoppages, many of them instigated by the world champions.

There were also frequent delays while referee Ben O'Keeffe checked a host of decisions with TMO Marius Jonker, just days after South Africa director of rugby Rassie Erasmus released an extraordinary hour-long video attacking the performance of the officials from the first Test.

Gatland has responded to the 27-9 defeat that sets up Saturday's seismic showdown by making six changes to his starting XV.

But selection is only half the battle and Gatland is ready to implore referee Mathieu Raynal and his assistants Nic Berry and O'Keeffe to prevent the Springboks from draining all pace from the match. 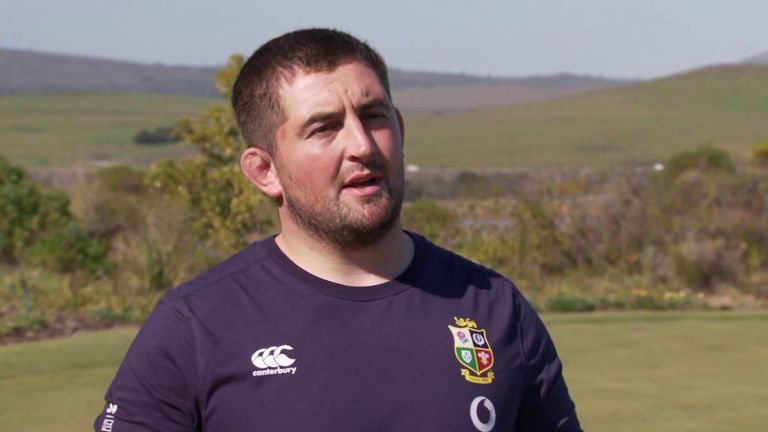 "We definitely want to play more rugby and we just didn't get that opportunity in the second half," Lions boss Gatland said.

"At every scrum there was an injury slowing the game down and there were something like 14 minutes of TMO time in the game. We've worked pretty hard on our conditioning and it was really, really stop-start.

Get Sky Sports Lions for £18 extra a month.

"Everything at the moment is so stop-start, and it does make it frustrating. I know [Lions captain] Alun Wyn Jones was talking to the referee on a number of occasions about keeping it going.

"We had stud changes, we had TMO decisions, we had the referee stopping the game for cramp.

"That will be one of the things I talk to the referees about this week when we discuss Saturday because we can't have 60-odd minute halves.

"It's important we keep the flow of the game, as much from a spectator's point of view. We want to see some pretty good rugby and we didn't see some great rugby played at the weekend."

Apart from the four changes to the back line, Gatland has overhauled his front row by bringing in Wyn Jones, who has recovered from a shoulder injury, and hooker Ken Owens.

But it is the selection of Ali Price, who starts, and Finn Russell on the bench that indicate a shift in emphasis from matching South Africa's physicality to playing with greater ingenuity.

"We were pleased with Ali on this tour in terms of the tempo that he has brought and that's why we have moved him back in. We thought he played well in the first Test.

"Finn just adds something a little bit different and hopefully in that second half when things do loosen up a little bit, he can come on and add something."