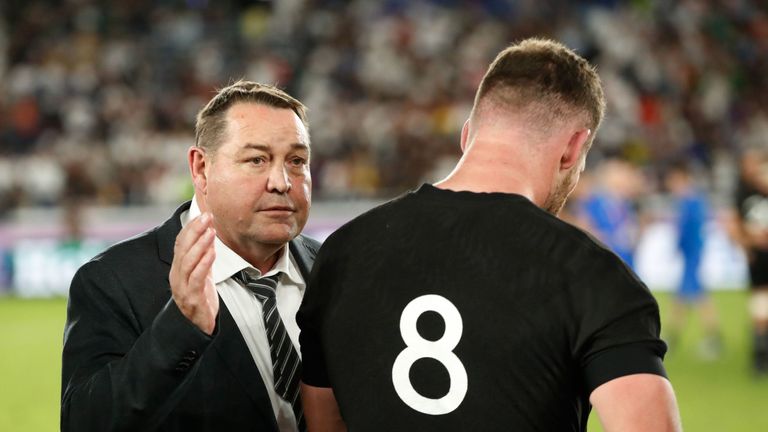 All Blacks coach Steve Hansen had no excuses or regrets as his side's eight-year hold on the World Cup ended with a 19-7 loss to England in the semi-final in Yokohama on Saturday, stating simply his team were beaten by a better side.

England rattled the All Blacks from the opening whistle with a Manu Tuilagi try in the second minute, setting the tone for the rest of the match as they put pressure on New Zealand's lineout and at the breakdown.

They played much of the game inside New Zealand's half, suffocated the All Blacks' attack and will now meet the winner of Sunday's second semi-final between Wales and South Africa.

"They were deserved winners," Hansen told reporters. "You had two very, very good sides going at each other and the team that took the game won the game.

"We have got no regrets. I'm very proud of the All Blacks. They have played very well but... we got beaten by a better side." 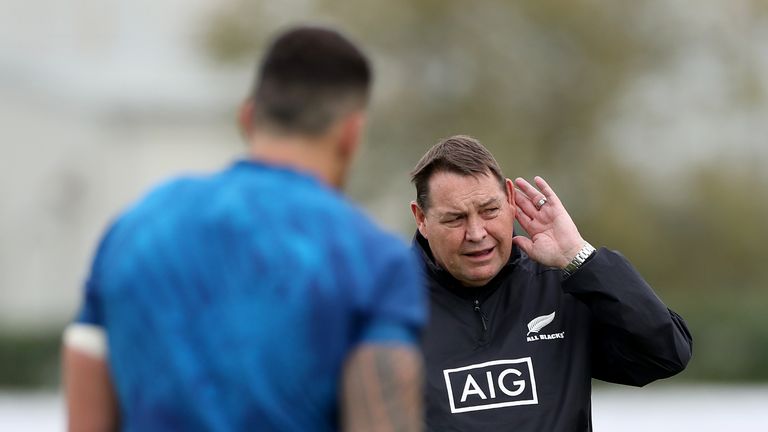 "There's no shame in being beaten by them - though there is a lot of hurt. The team that took the game won the game, but we have no regrets. Sometimes sport isn't fair but tonight it was.

"England were better than us at dominating the parts of the game that we wanted to dominate - you have to give them credit ... and good luck to them next week."

Hansen was left seething after a journalist suggested New Zealand turned up not hungry enough and the All Blacks coach interrupted skipper Kieran read to set the record straight. 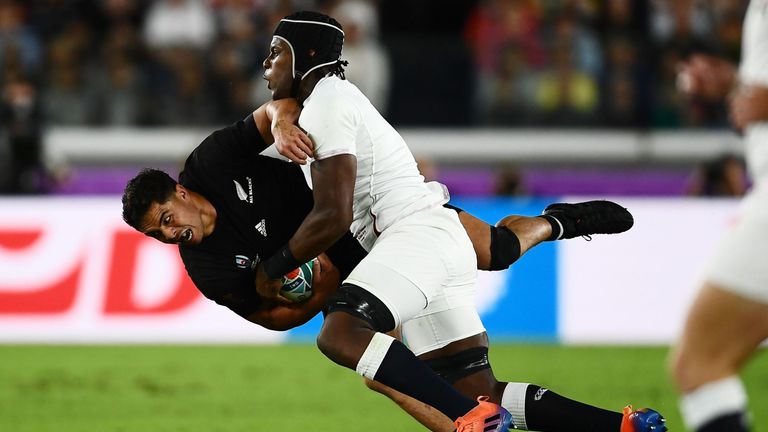 England's man of the match in their Rugby World Cup semi-final win over New Zealand, Maro Itoje, says their engagement helped them beat the All Blacks

"I would just like to clear that up too - I think it is quite a disrespectful question to suggest that the All Blacks turned up not being hungry. They were desperate to win the game," added Hansen.

"Just because I asked them at half-time to be hungrier does not mean they did not turn up hungry - there is a big difference. If you want to spend some time outside, I'll give you a rugby education on that one.

"But to turn up and say that an All Blacks team comes to a semi-final of the Rugby World Cup and are not hungry, is a pretty average question."