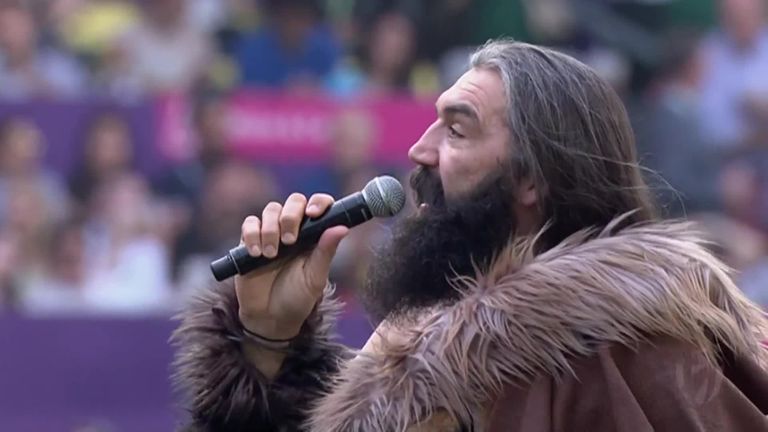 Former France international and rugby hardman Sebastien Chabal serenading Scotland fans in the Far East by singing the Proclaimers? You'd never believe it, would you...

Yet in Hong Kong, at the latest tournament on the Sevens circuit on Friday, live on Sky Sports, that is exactly what the former Bourgoin, Sale Sharks, Racing and Lyon forward did - and dressed as a caveman, no less!

The bizarre scenes saw Chabal emerge onto the field in a caveman outfit, with microphone in hand, before belting out the Proclaimers classic 'I'm Gonna Be (500 Miles)' to the thousands in attendance inside the stadium, including the many Scotland fans housed at one end!

This really and truly must be seen to believed! It's both brilliant and highly peculiar - you won't be able to take your eyes off it!

Click play on the video above to watch Sebastien Chabal sing the Proclaimers at the Hong Kong Sevens - madness!