Assured England, Wales surviving, and why a world league is required if Japan are to stay near the top

1. England - their quarter-final victory against Australia was the most complete performance we have seen in the Eddie Jones tenure.

The step up from beating Argentina to walloping the Wallabies was a substantial one. There was an assuredness not seen in the England game for a long time. The big question, in my mind, has been the ability to understand the ebbs and flows of a game. Yes, they have put together some of the purest purple patches in the last 18 months (I think back to the first half against Scotland, the first halves against South Africa in the summer of 2018 and the first 20 minutes against New Zealand last autumn) but the game management to slow a game down when required, to stop looking for tries and play the corners, that has been missing.

It led to some desperately disappointing overall performances. You can include the Six Nations loss to Wales in that grouping of games. That seems to have been fixed. The signal for the change of game plan on Saturday was the introduction of George Ford on the hour to force Australia deep and run the risk of overplaying in their desperation to get back into the game. The Anthony Watson try was a perfect illustration.

They are in great shape for the biggest test of them all...

2. In quite some contrast, Wales are surviving and not much more. There is no point pretending they were anything but fortunate against France.

Warren Gatland admitted the best side lost. There was more than a hint of the forward when Tomos Williams ripped the ball in what proved for France, a fateful 74th minute. They have earned the right to be taken seriously with their sheer will to win and that old know-how but more, much more is needed come the semi-final.

Credit to Wales for hanging in there but on this performance they looked the best of the rest as opposed to the part of the top table.

They need Jonathan Davies back. His guile in attack and especially defence was missed. France ran through holes that usually do not exist when he plays. I say 'usually' but with or without Davies, Wales are leaking tries in the World Cup. Short of hard carrying forwards, there are not sufficient platforms for them to create many tries.

They have earned the right to be taken seriously with their sheer will to win and that old know-how but more, much more is needed come the semi-final.

3. South Africa were not that easy on the eye against Japan. Forced to defend for their lives in the first half, the hosts asked a few questions of them.

To the Springboks' credit they answered them with extremely well-organised defence. Their rearguard shapes up as the best in the competition and defences do have a knack of winning World Cups.

The rush defence was outstanding with Damian de Allende terrific in that straight running, big hitting way of his. 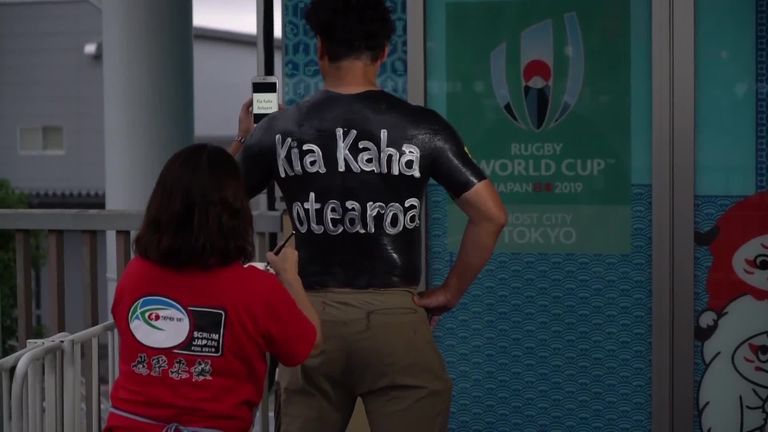 In the second half, they took control of the game. The forward power overwhelmed Japan and Faf de Klerk kicked them into corners from which it was difficult to escape.

It will be a surprise, perhaps even a shock, if South Africa are not in the final.

4. New Zealand. They represent an obstacle for England next Saturday. Would that be a fair summation of the All Blacks?

5. Japan won the hearts of most neutrals. There are myriad ways to play the game.

Japan played to their strengths. They were elusive, agile, accurate. They were disciplined, showed the world that tackling does not need to be high.

South Africa were forced into 40 defensive minutes on Sunday, that is some testimony to a side whose quarter-final showing should be a signal for World Rugby to reassess the nature of international competitions.

If the Rugby Championship and Six Nations are not appropriate homes for them one wonders whether a re-evaluation of the future is not urgently required.

A world league looks an absolute necessity some time in the future if teams like Japan are to stay near the top.

Maybe some nations would prefer they did not and look after their own interests. Sport is not that different to life, after all.

6. Ireland started with a prolonged display of ball control against Scotland but ended in tatters against the All Blacks.

Ireland, as I thought, peaked in 2018 and have been slipping from that peak steadily since. It was not a good World Cup for Joe Schmidt.

We waited for Ireland's fresh new, unseen ideas. We are waiting still.

7. France, oh France. I cannot bring myself to mention the name of the man who probably cost them a shock semi-final place. It was a second row, I will leave the rest to you.

The 2023 hosts played some gorgeous rugby in a first half where Wales were lucky not to be even further behind. 19-10 up and the threatening Antoine Dupont running close to the Welsh line; it could have been 26-10 and 15 versus 15. No way back.

As it is, France can console themselves with the memory of a fine first half against Argentina, a brilliant one against Wales and the fact they were not good enough to go all the way, anyway.

That will be scant consolation this week, however. Wales won the match, yes but it was France who blew it.

8. The Wallabies were full of threat but devoid of structure. They could not decide on and stick with their half-backs. They played around in the centre.

It was no surprise when Michael Cheika announced he would not seek another term as coach when this one elapses at the end of 2019.

Cheika has endured a poor run of results since taking Australia to the final four years ago but the problems with Aussie rugby union cannot all be pinned on their sometimes too voluble head coach.

9. In the Japan vs South Africa game, Wayne Barnes forgot he had a TMO.

The game flowed, that was good, very good. But there really should have been a second look to see whether 'The Beast' saw red for his tip tackle.

If the tackler landed on his head the laws demand red. I think the laws are often silly. The intent is the issue and Barnes refereed intent and not result. It seems a strange time to ignore World Rugby.

Was this a referee showing how the game does not need to be the stop-start affair it has been for much of this tournament? A case being made for a final.

Overall, I am on Wayne's side but maybe a little more balance would have helped his cause. Barnes will be hoping he gets the third-place play-off.

10. The final seems set to go to Jerome Garces. France are out. They have a tranche of hugely experienced referees.

Garces was good in the England vs Australia game and the politics of the sport says now is the time for a Frenchman to officiate a final.

Nigel Owens, presumably is out of the equation, having reffed four years ago, while Nic Berry and Ben O'Keefe are ones for the future.

So much for the future. There is much to salivate over in rugby's here and now. England vs New Zealand could be a game for the ages. Good luck to both sides, Wales and South Africa.