Kerry is the most successful coach in British hockey history, having led England and Great Britain's women to numerous successes, including 2016 Olympic gold in Rio.

In 2018, he was appointed head coach for the men's hockey team and although they work in different sports, Jones and Kerry have shared several different coaching methods.

"I remember when Danny won the gold medal and hearing a few people talk about the way he coached and obviously winning the gold medal you've got to do a lot of things right," Jones said.

Although the technical side of coaching may differ between the two sports, there is no denying a lot can be learnt when it comes to the 'non-technical' - keeping athletes and staff motivated, structuring training programmes and finding innovative ways to lead a team. 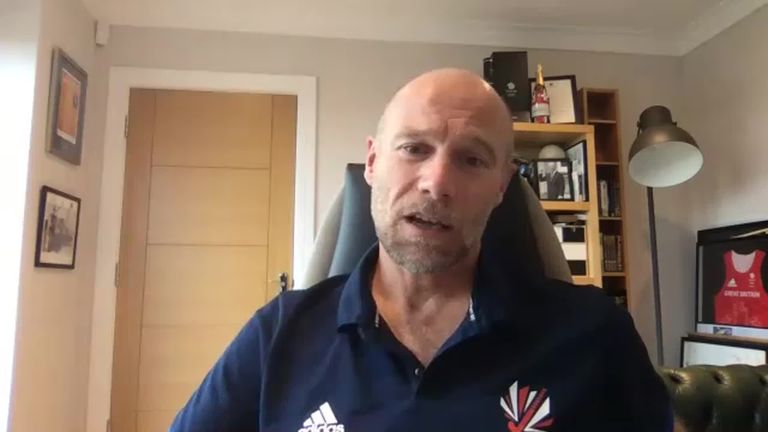 The pair have often traded coaching strategies and after steering England women's hockey team to their first European title in 24 years back in 2015, and being awarded the High Performance Coach of the Year gong at the UK Coaching Awards as a result, it's no surprise Kerry was on Jones' networking radar.

"There was a session I watched that Eddie and the coaches were running, and they were literally going from one thing to the next thing very quickly," Kerry said.

"Eddie was saying…there's an element of preparation for a Six Nations match but there's also an element of throwing them in to the quick chaos. The athletes are quickly having to go from one thing to the next thing and having to recall all elements of the game.

"I thought I quite like [Eddie's] concept as they cover every aspect of the game in very rapid bursts and the athletes are forced to switch on.

"There's a little bit of jealousy, I watch Eddie's staff and he's got people mic'd up with kit guys who can move kit around. I spend half of my training sessions moving goals around the place and over a period of several years that's time lost - the rugby guys don't lose that time."

Kerry's darkest hour came in the aftermath of the Beijing 2008 Olympic Games where he endured a brutal debrief session which saw his methods criticised by athletes and staff.

"I was trying to work out how I'd lost them, and essentially it boiled down to the fact I was the classic defeat-the-world-with-knowledge-type coach and nothing to do with the relationships," Kerry recalled.

"The athletes pretty much said I was grumpy, miserable and unapproachable. I was really hurt as I felt I had given everything… but reading through this stuff I could see why they had said it. 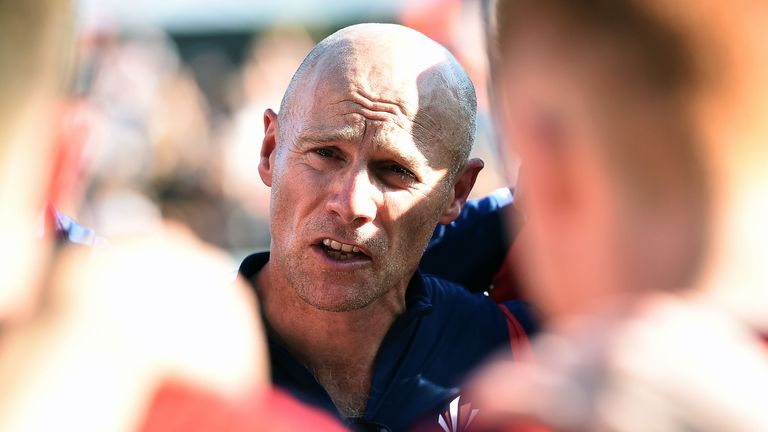 I thought I quite like [Eddie’s] concept as they cover every aspect of the game in very rapid bursts and the athletes are forced to switch on.

"Then I had one of those classic moments in your life where you go home that evening and I felt pretty betrayed, especially by some staff who I felt had stuck some daggers in my back and thinking 'that's it, that's my international career over'."

It led to a transitional period for Kerry where he worked to showcase a 'new Danny' after being giving the opportunity to continue at international level.

"There's definitely some athletes that stayed with me all the way to the gold medal in Rio in 2016, we had good functioning coach-athlete relationships but you could always sense that [they thought] maybe old Danny was in there somewhere," added Kerry.

Jones described his experiences in the rugby world as a lot more 'cut throat', but he too has learned lessons from previous coaching jobs. 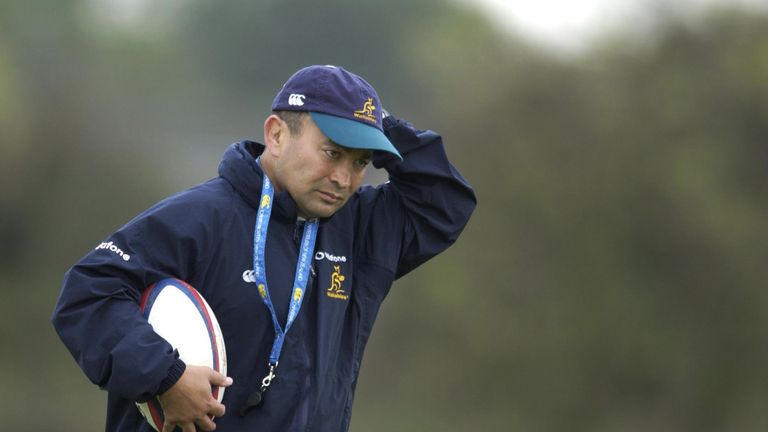 "When you fail, you're out the door, you've got to get your stuff out in a certain period of time and you don't get any feedback," Jones said.

"I got sacked as the Australia coach in 2005 and when I look back it's very similar to what Danny was saying - I didn't get that feedback so I had to reflect myself and it took me about three or four years to really get to the core of it.

Jones holds himself and the England team to very 'high standards' but he admits juggling the different, challenging personalities within the team is 'probably the most enjoyable' aspect of the job.

"In international sport particularly when we don't have a lot of time, we're just coaching behaviours, we're not coaching skills or tactics… to try to get a cultural fit because we've got players from all different clubs who have different ideas of what's right and what's wrong and we're trying to fit them all together," Jones said.

"You never get on top of it, you never beat it, but you always try and improve it."