Sale v Gloucester and Exeter's match against Wasps will both start at 12.30pm while Newcastle v Bristol will kick off at 5pm, along with Harlequins v Worcester; football and cricket fixtures have also been moved as well as has high-profile race meetings

Premiership Rugby has announced the kick-offs at all four round 16 matches on Saturday have been moved to avoid a clash with the 3pm funeral of Prince Philip.

Sale v Gloucester and Exeter's match against Wasps will both start at 12.30pm while Newcastle v Bristol will kick off at 5pm, along with Harlequins v Worcester.

A statement read: "As a mark of respect for HRH Prince Philip, the Duke of Edinburgh, Premiership Rugby can confirm that all Gallagher Premiership Rugby matches scheduled on Saturday April 17 have been moved to avoid a clash with his funeral service.

"We would like to thank our broadcasters and all eight clubs for their co-operation in re-arranging these matches so quickly."

The English and Wales Cricket Board has said all nine County Championship matches will pause for an hour and 20 minutes and has asked all recreational cricket clubs to stop play for an hour to pay their respects, alongside observing the one minute silence at 3pm. 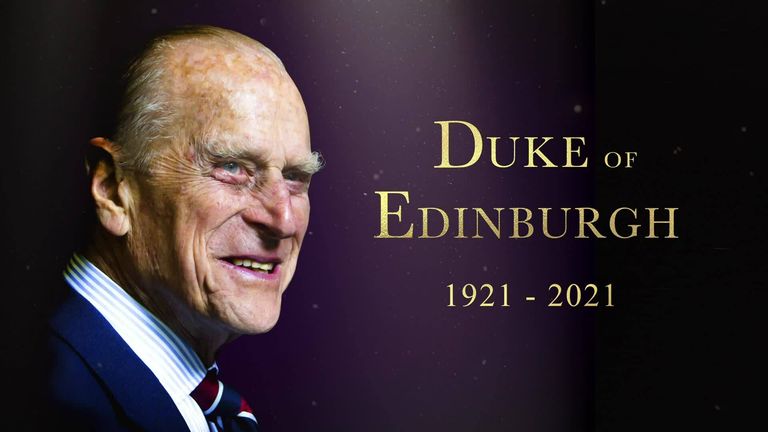 A look back at the sporting life of the Duke of Edinburgh, Prince Philip, who has died at the age of 99

It was announced on Saturday EFL matches scheduled for 3pm on Saturday will be moved to avoid a clash and it is understood the Premier League is still in talks with the Department for Digital, Culture, Media and Sport (DCMS) regarding arrangements, while the Women's Six Nations is awaiting guidance.

Wolves are due to host Sheffield United in the Premier League at 3pm, following the lunchtime fixture between Newcastle and West Ham.

The Chelsea v Manchester City FA Cup semi-final is due to kick off at 5.30pm at Wembley.

The World Snooker Tour is liaising with the DCMS with regard to the World Championship, which is scheduled to start on Saturday in Sheffield.

High-profile race meetings at Ayr and Newbury scheduled for Saturday have been switched to the following afternoon. As a result, the Scottish Grand National and the Dubai Duty Free Spring Trials meeting at the west Berkshire course will now be held on Sunday.

No racing is due to take place in Britain between 2.45pm and 4.15pm on Saturday. Meetings at Bangor, Thirsk, Brighton and Nottingham will go ahead but with different start times to ensure races do not clash with the ceremony.