Tune in for the first instalment of Miles Harrison's rugby fantasy land. A XV of Golden Oldies in the era pre-1994 before Sky Sports began covering rugby, vs a XV of 'Young Ones' that Miles commentated on. First up, it's the fly-halves...

First up its our respective playmakers, the fly-halves: Prodigiously talented Welshman Barry John, who represented Wales and the British & Lions between 1966 and 1972, winning a Triple Crown, Championship, Grand Slam and Test series in New Zealand before retiring at just 27.

And opposite him is former All Black Carlos Spencer, who featured for New Zealand between 1995 and 2004, and travelled the world at club level, consistently wowing with his supreme skill-levels.

10. John - I remember a pair of Barry John-style boots almost as much as the player himself. When you start wanting to replicate the kit of your heroes, then you know you are totally smitten. What a ridiculously good player he was, one of those you had to see to believe.

When years later I went on to work with Barry on my first live Five Nations commentary for the BBC, I think I was in my rugby fantasy land. Yes, again, this choice could so easily have been another and I'm thinking of Phil Bennett here. Just imagine having two as good as that back-to-back.

What a joy to commentate on the pair of them it must have been. The brilliant Wallaby, Mark Ella, was the one in my mind to push the great Welsh pair closest.

The Young One: Carlos Spencer

10. Spencer - Don't get me wrong, I can understand why New Zealand for the large part went with Andrew Merhtens, boy could Merhts play. Dan Carter then came along and '10s' don't get any better than that. Beauden Barrett has been wonderful to watch in recent times and been incredibly versatile. But, in Carlos Spencer, we are talking about pure unadulterated box office. 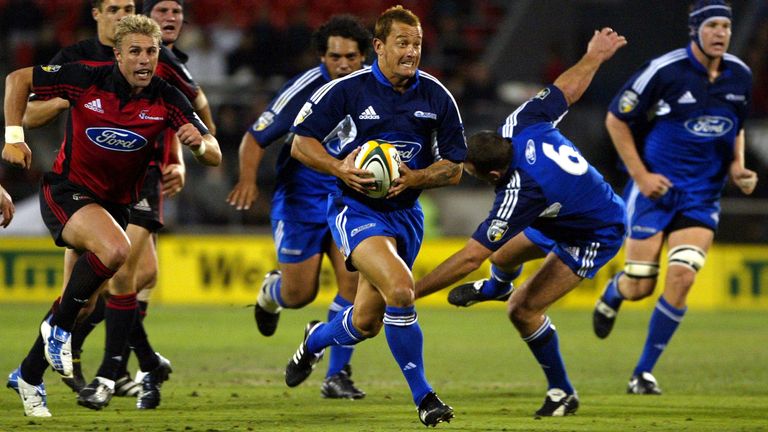 Yes, his adventure would cause him to get some things 'wrong' but the point of this fantasy game is to try, try and try again, in order to produce the gems that we'll never forget. Spencer had more than his fair share of those. Jonathan Davies was post-rugby league when I got to call his name and what a great talent he was in both codes. Stephen Larkham was a rare and stunning talent too.

Also, if I may, an honourable mention to Paul Turner, not with the top international pedigree of others but, in his club playing days, he produced Spencer-like magic and was a player I loved to watch try his tricks. But, it's King Carlos for the match in Fantasy Land.