Scotland call for contingency plan if quarter-final decider vs Japan is cancelled; Italy vs New Zealand off 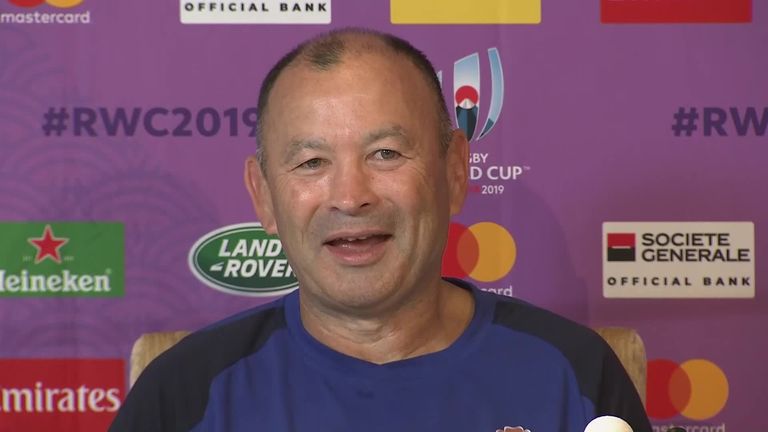 England's Rugby World Cup match against France has been called off because of Super Typhoon Hagibis, while Scotland's match against Japan remains in doubt.

The tropical storm, predicted to be one of the most violent in recent years, is expected to pass over Tokyo on Saturday, with the International Stadium Yokohama - where England's game was scheduled to take place - directly in its path.

The Pool B match between New Zealand and Italy in the city of Toyota has also been called off with both games recorded as a 0-0 draws, giving the teams two points, with no bonus points available.

World Rugby said "every possible effort" had been put into a contingency plan, but that it would be "grossly irresponsible to leave teams, fans, volunteers and other tournament personnel exposed during what is predicted to be a severe typhoon".

"We fully appreciate that England, France, New Zealand and Italy fans will be disappointed, but we trust they will appreciate that their safety must come first," said World Rugby tournament director Alan Gilpin.

"They will be entitled to a full refund on their match tickets."

England and France have already booked a spot in the quarter-finals but the decision to cancel Italy's match with the holders ends their slim hopes of making the last eight.

It means England finish top of Pool C, and will almost certainly meet Australia in the quarter-finals while France will face Wales barring a shock loss for Warren Gatland's men against Uruguay. ​The All Blacks will now finish at the top of their pool on 15 points, ahead of South Africa.

It is the first time in the Rugby World Cup's 32-year history that any game has had to be cancelled.

Sunday's key game between hosts Japan and Scotland remains in doubt - and with both teams still able to qualify any decision to cancel that game will have a huge impact on the final placings.

Scottish Rugby fully expects contingency plans to be put in place to enable Scotland to contest for a place in the quarter-finals on the pitch, and will be flexible to accommodate this.”

If the match in Yokohama is cancelled the hosts would go into the quarter-finals for the first time, while Scotland would be eliminated.

A decision will be taken on the day of the game.

"We are in regular dialogue with World Rugby at all levels to work to ensure our fixture against Japan on Sunday can be played as planned," a Scottish Rugby statement said. "Public safety is the clear priority.

"Scottish Rugby fully expects contingency plans to be put in place to enable Scotland to contest for a place in the quarter-finals on the pitch, and will be flexible to accommodate this." 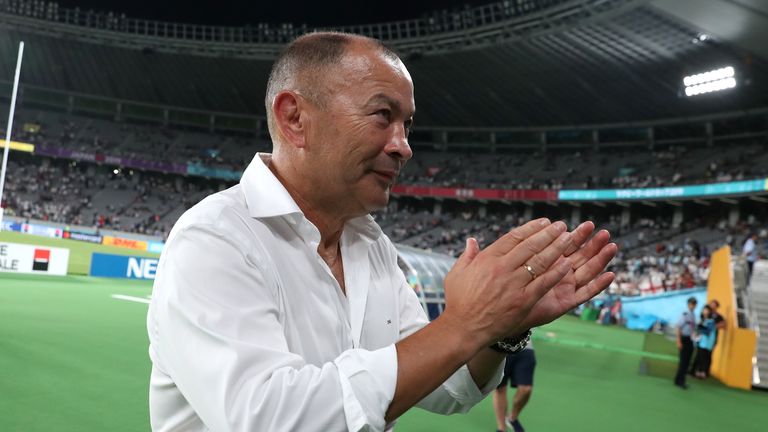 England head coach Eddie Jones has "no issue" with the decision, which leaves his side with two weeks to prepare for their quarter-final match.

"We're not concerned at all, we're excited, absolutely excited," he said.

"Who would have thought we'd have two relatively easy games, one tough game and then two weeks to prepare for a quarter-final?

"Someone is smiling on us - the typhoon gods maybe.

"The Japanese have a saying - shikata ga nai - 'we can't control it'.

'Pressure off for England'

Sky Sports News reporter Gail Davis is in Tokyo, with Eddie Jones and his players having left Japan's capital, prior to the onset of Super Typhoon Hagibis.

It is the biggest typhoon to hit Japan in 26 years and we are talking about wind speeds of up to 250 kmph hitting the country.

You cannot do anything, you cannot be on the streets.

There is the chance electricity will go down, there might not be any mobile phone and satellite signal, public transport and infrastructure will be affected.

Clearly, England were disappointed about the cancellation of their final group game, but there is part of Eddie Jones that is putting a positive spin on it as there will be extra rest and recuperation time for his squad.

They already knew they were top of their pool and the pressure in a way will be off them.

Jones knows what typhoons are like and what the aftermath of these types of conditions can be, and we saw the team depart on coaches from Tokyo.

They are travelling down to Miyazaki where they spent a week at their training camp prior to the start of the World Cup.