Despite going head-to-head in a World Cup semi-final on Saturday, England's Eddie Jones and New Zealand's Steve Hansen have been full of praise for one another.

The respective head coaches share a long-standing friendship and, despite their expertise in pre-match mind games, there has been no attempt to dispense with niceties.

Instead, Jones has spoken of a respect for the mastermind of New Zealand's 2015 World Cup triumph that he believes reflects the special values of the game.

"To start with, Steve's a good bloke. That's number one. Secondly, he's got a great record," Jones said.

"Just look at his record - Super Rugby with the Crusaders when we first started coaching against each other, followed by Wales followed by New Zealand. You don't get a better record than that.

"Having respectful relationships is massively important in the game. You just have to see this tournament to know what it's done because the things that have happened don't happen in other sports.

"It's a different game. And that's why I think relationships with players, with coaches, with fans is so important in our game."

The 60-year-old also notes his rival's extraordinary drive by referencing the stroke he had in 2013 when Japan coach.

"Eddie's done a fantastic job with England - they've got a harder edge about them now," Hansen said.

"Eddie's been part of a winning World Cup team with South Africa, he's had the disappointment of losing to England when he was coaching Australia but to get to the final is being successful anyway.

"He's got the ability to understand what's coming and he'll share those with his management, coaching and playing groups. 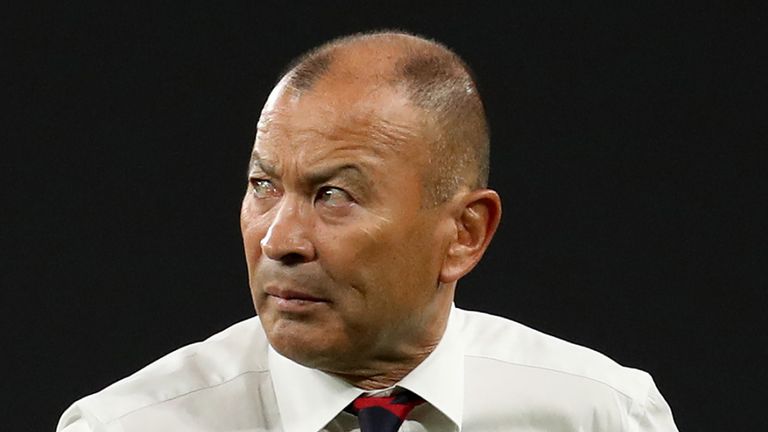 "I respect his passion for the game - he loves the game. He's got a work ethic second to none. He put himself in hospital, he'd worked that hard.

Hansen, Jones, Wales' Warren Gatland and former Australia head coach Michael Cheika have all been sparring partners at times over the years, but the All Blacks' current boss insists any enmity is never genuine.

"It's a game of footy, it's not life or death. It's like when you play against your brother or sister. It's important, but it's not life threatening," Hansen said.

"It's definitely closer than you guys perceive. You see some of the banter which is really only to help promote the game as being 'cor, these guys don't like each other', which couldn't be further from the truth.

"Rugby's a special game and those of us who have been around for long enough understand that the game is bigger than everybody else.

"One of the greatest things about the game is the camaraderie that you get, not only in your own team but from being involved in a contest, sharing those moments and then moving on to the next one."