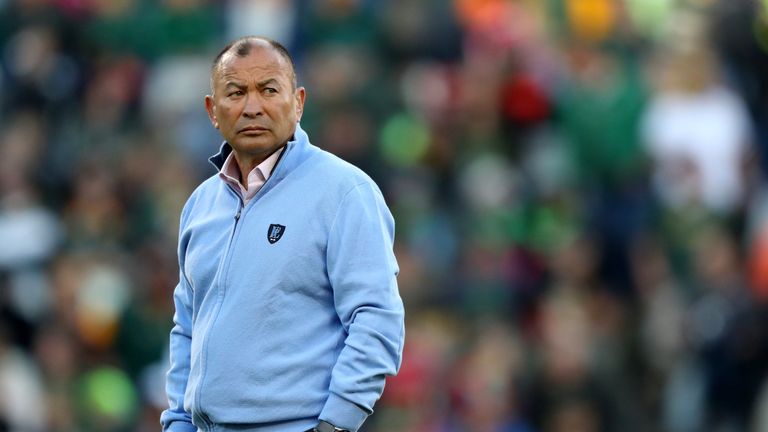 Jones has been in charge of England since 2015 and earlier this year signed a two-year contract extension to remain in the role until 2021.

The Australian began his reign with an 18-match unbeaten run but a fifth-place finish in the Six Nations and a series defeat to South Africa have cast doubt on Jones' future as head coach.

Melville has confirmed the RFU are looking for potential replacements but insists the governing body is fully behind the Australian ahead of the 2019 World Cup in Japan.

"We are looking at where we go post-Eddie, whenever that might be," Melville told Sky Sports News.

"We're also looking abroad. We've got English coaches abroad, other people who might be interested as well.

"Always planning, always looking at succession but of course the World Cup is our priority at the moment. Let's not get in the way of that."

England face South Africa in their opening autumn international on November 3 ahead of further games against New Zealand, Japan and Australia.