England reached their first Rugby World Cup final since 2007 after Eddie Jones' charges outclassed the All Blacks 19-7 in Yokohama on Saturday.

Greenwood, who was part of England's Rugby World Cup-winning side in 2003, watched the semi-final encounter unfold inside the International Stadium Yokohama and is in no doubt about the significance of the victory in England's history.

England, who had never defeated New Zealand at the World Cup, will now face South Africa, who they lost against in the 2007 final, next Saturday.

"As we were chatting through the game [and] the performance we got very quickly to the conclusion that it is probably, under pressure, the greatest England performance there has ever been," Greenwood said.

"New Zealand hadn't lost in a World Cup since the quarter-final of 2007."

He added: "Last night will go down as one of the greatest sporting performances." Greenwood also saw similarities in the performance by England to when the British and Irish Lions ended a 16-year wait for a series win with a dominant victory against Australia in the series decider six years ago.

"The quality and the calibre of the players the All Blacks had at their disposal and the utter ruthlessness [England showed] reminded me a little of the third Lions Test in Australia in 2013 when it was 1-1 in the series.

"You then think 'I have watched a lot of rugby, watched the All Blacks for years and years' and I start thinking that doesn't mean anything at the moment. 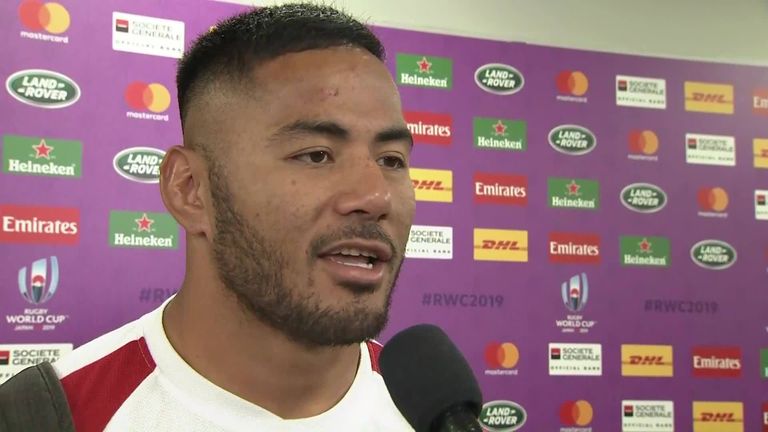 "But it then became painfully obvious after about 15-20 minutes, and it sounds awfully arrogant thing to say, England completely and utterly controlled the game."

Lock Maro Itoje was named man of the match but Greenwood said flankers Tom Curry and Sam Underhill were worthy of high praise for their performances in the back row.

"To play in a back row with Billy Vunipola and [for] Curry and Underhill to take the plaudits is brilliant," he said.

"Billy was solid but the defensive power of Underhill and the turnovers that Tom Curry won were exceptional.

"I have never really seen Maro Itoje have a bad game and again stepped up and delivered. Everyone contributed."