George Furbank: I didn't have eyes on an England call-up

Northampton full-back talks exclusively to Sky Sports News about his international breakthrough; "It's a massive step up from club rugby" 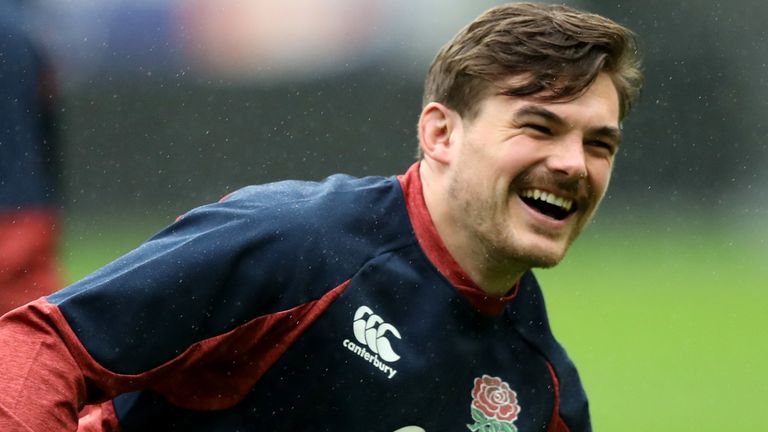 When the 2019/20 Gallagher Premiership season got underway last October, the furthest thing from George Furbank's mind was a possible call-up to the England team.

While attention was focused on the national team's run to the Rugby World Cup final, the full-back was busy carrying on where he had left off for Northampton Saints the previous campaign in England's domestic competition.

Fast forward to February this year though and Furbank was lining up in Paris wearing the No. 15 shirt for his country in the Six Nations opener against France, something which came as a shock to the 23-year-old and saw him have to quickly adapt to the step up.

Surreal and proud day for me and my family yesterday. Thank you for the all of the messages, can’t wait to get into camp tomorrow!

"I definitely didn't have my eyes on the England set-up or a call-up at all," Furbank told Sky Sports. "My focus was on having a good season (with Northampton). I got into some form at the end of last season and I wanted to keep that going and push on at the start of the season.

"It's a massive step up from club rugby and very different from club rugby - especially from a club like Saints where we like to chuck the ball around, take a few calculated risks and stuff like that.

"International rugby is probably a lot more tactical and more about the kicking game, so I learned a lot about that.

"Then a bit of the mental side as well, like the ability to shut out outside noise, and be able to focus on the game and have a clear mind going into games."

The latter would come to the fore following that match against France, which ended in a 24-17 defeat for England and saw Furbank criticised in some sections for his own performance.

But he took solace from the words of England head coach Eddie Jones following that match, with the Australian belying his stony exterior with some words of consolation for the debutant.

Not only that, but Jones named him again in the starting line-up for the Calcutta Cup clash with Scotland the following week which saw England grind out a 13-6 win in extreme wintry conditions at Murrayfield.

"He was really good to me after that (France) game," Furbank said. "He spoke to me about how the side could play better in the future and said 'just concentrate on doing the basics really well because there will be a game you play really well, you'll have a run and everybody will be singing your praises'. 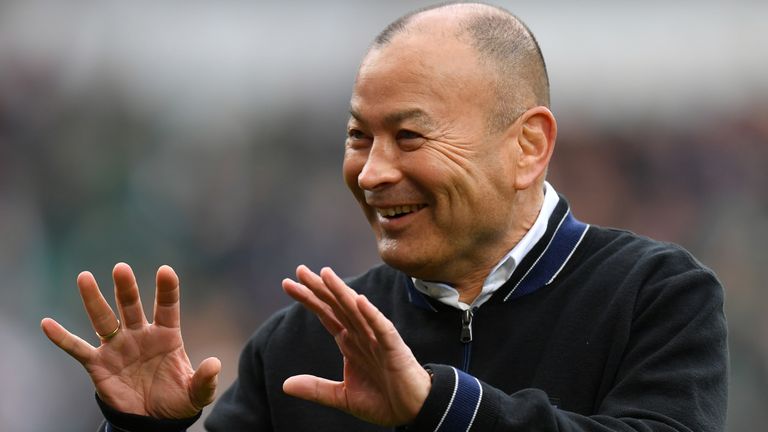 He spoke to me about how the side could play better in the future and said 'just concentrate on doing the basics really well because there will be a game you play really well, you'll have a run and everybody will be singing your praises'.

"It was a different experience to one I've ever had before because you've got more and more people watching the game in the first place and then talking about it.

"Dealing with that was interesting to start off with, but England have got a really good psychologist who I was able to speak to and it was a big learning curve because I'd never had to deal with anything like that before.

"I think I dealt with it a lot better going into the Scotland week and I felt better, more comfortable going into that."

Furbank, who came through the youth ranks at hometown club Huntingdon, has been keeping in shape by borrowing some gym equipment from the Saints to use at home while international and domestic rugby is on hold during the coronavirus pandemic.

But once him and his team-mates are given the all-clear to resume normal training, he has in his mind areas he needs to work on to help ensure he becomes a mainstay for both club and country.

"To be a really good full-back, you need to be world-class under the high ball," Furbank said.

"I thought I was okay, but then going into the England camp and watching those boys do it in training and in games they're another step up.

"That's probably an area where I can improve and then probably a little bit of the physicality.

"I'm not the biggest bloke so that's always a work-on for me, but I back myself in that area and I'm not going to shy away from it."